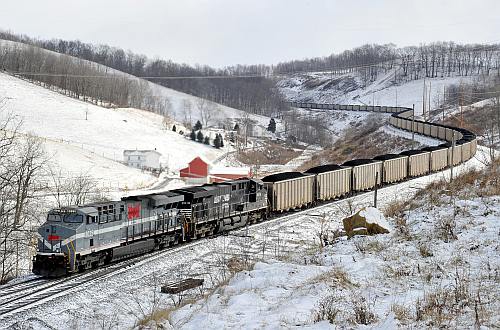 The decline in revenue in 2016 was caused by a 2% fall in general merchandise traffic, an 18% drop in coal revenue and an 8% reduction in intermodal revenue due to restructuring of NS’ Triple Crown service and lower fuel surcharges. However, growth in both domestic and international intermodal traffic more than offset the Triple Crown decline.
NS says it achieved a record operating ratio of 68.9% in 2016, a 370 points improvement on the 2015 operating ratio of 72.6%.

“2016 was a pivotal year as Norfolk Southern began implementing its new Strategic Plan,” says Mr James Squires, NS chairman, president and CEO. “We delivered $US 250m of productivity savings and recorded our best ever operating ratio, notwithstanding challenging business conditions We are poised to continue building on our success and deliver an additional $US 100m of productivity savings in 2017 on the way to our goal of $US 650m of annual savings by 2020.”