Norway continues to back rail in 2017 budget

THE Norwegian government has allocated NKr 21.9bn ($US 2.72bn) in its 2017 budget to support the continuing development of its railway network and to maintain efforts to clear a maintenance backlog. 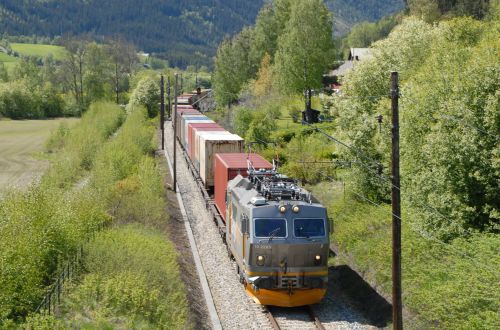 The planned investments are in line with the 2014-2023 National Transport Plan, with investments in the first four years of the plan exceeding the expected allocation by 7%, or NKr 4.6bn.

The government says it will allocate more than NKr 6.8bn for operation and maintenance of the railway network during the year, of which NKr 4.3bn is intended for maintenance.

For new projects, in 2017 the government will continue investments made in the 2016 budget by allocating NKr 8.8bn, including nearly NKr 4.9bn for the new 22km Follo Line between Oslo and Ski, which is currently under construction and is due to open in 2021. The new 23.5km Farriseidet - Porsgrunn inter-city line will also receive NKr 564m, while the project to construct a new double-track tunnel through Mount Ulriken on the revitalised Arna - Bergen line will receive NKr 426m.

In addition, NKr 1.9bn will be spent on measures to improve capacity for freight and passenger services across the network as well as schemes to enhance safety and maintain the environment. This includes eliminating level crossings, improving tunnel security, and minimising the impact of avalanches.

The network is set to benefit from the introduction of 10 new Stadler Flirt trains during the year, including four on the Gjøvik railway from September 2017, while the government is providing NKr 3.3bn in the budget to co-finance train orders, which is consistent with funding allocated last year.

Finally, the government is also set to allocate nearly NKr 1.5bn towards planning new projects, an increase of Nkr 220m over 2016, including NKr 1.3bn for the eastern Norway inter-city project.

“Our budget for planning new investment projects is an expression of the great railway effort we are engaged in,” says transport minister Mr Ketil Solvik-Olsen. “When we came into government in 2013, we found that the planning of the InterCity projects was underfunded. In 2014 we more than quintupled funding for planning new investments, and we also added the Ringerike Line between Sandvika and Hønefoss as the fourth line in the eastern Norway InterCity project.”