The deadline for bids is August 31. 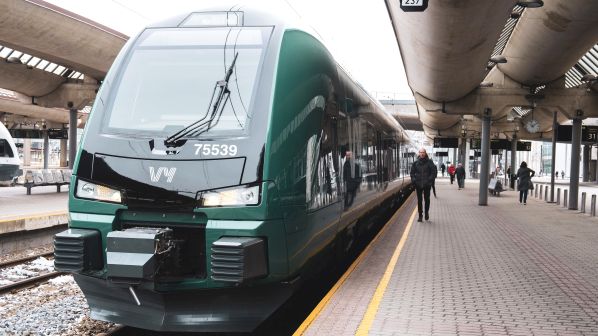 THE Norwegian Railway Directorate has issued tender documents for Traffic Package 4 comprising local and regional services around Oslo, including the Østfold and Gjøvik lines, to prequalified operators.

The deadline for bids is August 31 and a winner of the 10-year contract, which has options for two one-year extensions, is expected to be announced in early 2022. The Railway Directorate would not reveal the identity or number of bidders prequalified for the contract.

The Railway Directorate announced a postponement of the bidding process in June 2020 due to the impact of the Covid-19 pandemic, delaying the start of the contract until the timetable change in December 2023. The directorate says it believes the overall uncertainty has been taken care of in the tender documents, and that in accordance with the revised schedule, it can carry out an effective competition that meets the set objectives.

The directorate says that based on an independent assessment of the scope and complexity of the traffic package it will weight the tender 70% on quality and 30% on cost. This is in line with the objectives of the competition to attract more satisfied customers to use rail and improve the quality of services, which are a coordinated part of a comprehensive transport system.

Train services included in the contract accounted for 28.6 million passenger journeys in 2019. The start of the contract will also coincide with the opening of the Follo Line, the new 22.5km Oslo - Ski railway, Norway’s largest infrastructure project, which includes a new 19km tunnel and will support speeds of up to 250km/h. The winning bidder will therefore have a completely new route plan from the start of the contract.

“Traffic Package 4 consists of many train departures and affects many passengers,” says Mr Hans Henrik Kristensen, director of passenger traffic agreements in the Norwegian Railway Directorate. “This is a comprehensive traffic package where we hope that the train operators see good solutions to exploit the potential for improvements.”

However, the concessioning process is proving controversial politically, with several opposition parties vowing to scrap the Traffic Package 4 tender if there is a change of government following elections in the autumn.