THE Dutch anti-monopoly office, ACM, has issued a €41m fine to Netherlands Railways (NS) for abusing its economic position in the public transport market in a tender for regional operations in the Province of Limburg. 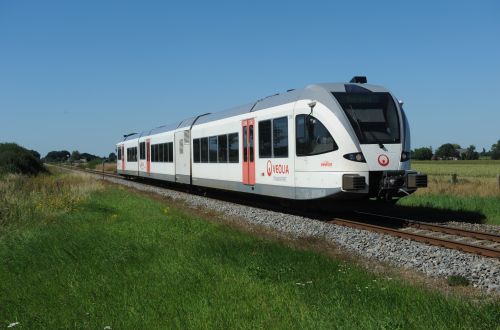 The Province of Limburg launched the tender in 2014 and selected NS subsidiaries Abellio and QBuzz, which made a joint offer for the contract, as preferred bidders. However, when severe irregularities at Abellio/QBuzz and NS were discovered, the concession award was cancelled. Arriva, which was deemed the second-best bidder, was awarded the concession and has been operating the service since December 2016.

The fine relates to two violations committed by NS:

• Submitting a loss-making bid for the concession thereby preventing other bidders from making a better offer which would generate a profit.

• The second violation relates to a combination of circumstances:

- NS accessed confidential information which had been obtained by a former managing director of Veolia Transport Nederland, which was the incumbent operator in Limburg at that time.

- NS harmed competitors on purpose by reacting slowly and incompletely to requests from competing companies about certain services and facilities it operate and owns at stations, and

NS says it will appeal the decision, arguing that it did not abuse its position of power or submit a loss-making bid as the ACM assessment relies on a lower estimation of passenger numbers.

“ACM supposes that, based on an own framework of norms determined by ACM itself, that the NS bid would not meet the internal NS turnover requirements. The approach by ACM is new and has far reaching consequences for the rail sector, future tenders and investments by NS,” NS said in a statement.

The Dutch Ministry of Infrastructure considered the Limburg regional tender as a test of further network decentralisation. However, mixed operation - in this case NS inter-city services and regional services by another operator - would potentially pose a serious threat to NS’ existing business.

ACM has not decided to fine or sanction either the CEO or CFO of NS following research into their actions in the matter. However, this does not concern, neither affects, prosecution under penal law. Indeed, ACM’s ruling is separate to criminal investigations by the state prosecutor. Five managers are faced with criminal charges for fraud and corruption and other accusations.

The Limburg irregularities case has already resulted in a number of changes to the way NS and its subsidiaries operate.

For example, the Minister of Finance, which holds NS’ shares on behalf of the Dutch state, is forcing the company to focus on its core task: operating trains, with other activities, such as commercial operation of stations, set to be split off. In addition, QBuzz will be sold and Abellio will not participate in any further Dutch tenders. NS has also introduced a board member for compliance.

NS is also being sued by other public transport companies concerning the damage that resulted from the irregularities and legislative violations by NS and Abellio.

On June 29, Transdev subsidiary Connexxion agreed undisclosed damage compensation with NS relating to the “espionage” conducted by a former Veolia manager. Veolia, which has been rebranded Transdev, has since withdrawn from the Dutch market.