NETHERLANDS Railways (NS) reported an increased turnover of €5.1bn (2.4%) in its annual report for 2016 which was released on February 28. 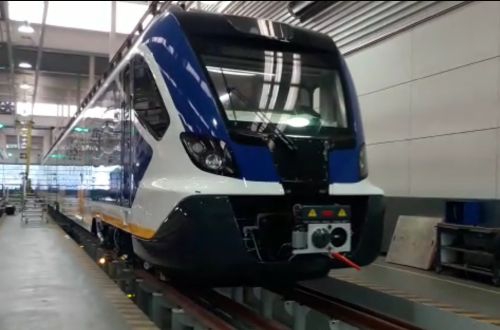 This is because costs went up due to higher staff expenditure, and track access charges, despite a growth in passenger numbers.

NS’ international subsidiary Abellio, active in Britain and Germany, reported the same result, despite the decreasing exchange rate of the British Pound. Abellio’s turnover was €2.1bn.

NS invested €791m in 2016, the majority of which financed new trains, and modernisation of trains and existing stations.

For NS, the year 2016 was a year of recovery following a difficult 2015 in which irregularities in the Limburg tender, a debacle on the high speed train operations and low performances hit NS badly. A three point strategy for 2016 - 2019 was released last year: increasing performance on the core passenger network and the high speed line HSL-Zuid, improving stations to excellent quality and decreasing door-to-door journey times. Mr Roger van Boxtel, CEO of NS expressed that NS is back on track (IRJ January p28).

Punctuality for passengers in 2016 was 91.3%, a slight improvement on 2015 (91%) but considerably less than 2014 (92.3%). It also failed to meet the requirement from the core network concession granted by the Minister of Infrastructure for 94% punctuality on HSL-South, reporting 93.7%. NS also failed to offer the minimum required transport capacity of 97.5%, offering only 87.6%. In total NS fulfilled only 10 out of 12 performance criteria from the core network concession. Customer satisfaction rose from 74 to 77%.

Failing to meet the performance criteria for HSL-South is likely to have consequences for NS, according to the Ministry of Infrastructure, with sanctions are expected to be announced soon. If NS fails three times to fulfil the performance criteria then the concession could be withdrawn. NS was already hit with a €500,000 sanction in 2016. Besides, a market consultation for introducing competition on the high-speed line is in progress.