Funding set to be announced next week secures the future of the extension, after a trackless tram option was considered for the route. 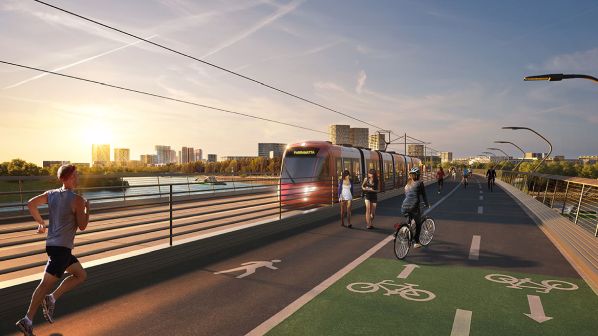 THE future of stage 2 of Sydney’s Parramatta light rail project is assured after the New South Wales state government committed $A 50m ($US 37.8m) for planning and development works for the project in the state’s 2021-22 budget, which will be announced next week.

The government’s commitment comes just seven months after NSW transport minister, Mr Andrew Constance, indicated he was considering a trackless tram or articulated bus option for the route, a proposition he has now rejected.

“This money will go towards planning, utilities and geotechnical investigations,” says state treasurer, Mr Dominic Perrottet. “It will also progress the development of the project’s Environmental Impact Statement.”

Constance says the $A 50m would ensure the project was shovel ready. “This area is growing at an exponential rate and requires infrastructure that is smart, futureproof and will offer the community a variety of transport choices,” he says. “It is important we get the next steps right so this project complements city-shaping projects like Sydney Metro West.”