Orders up, turnover down at Talgo in 2017 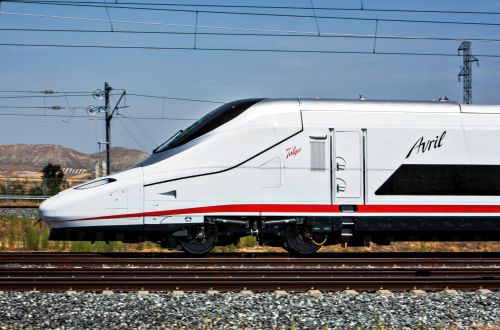 Talgo reported a net turnover of €384.4m in 2017, which compared with €579.8m in 2016. The manufacturer says this decline is the result of the natural execution of its primary manufacturing projects, in particular the transition from the completion of the Saudi Arabian Mecca - Medina project to the Renfe Avril high-speed project, which is currently in its initial design and engineering phase with manufacturing expected to begin in 2018.

The turnover result was offset by improvements in the company’s operating margins, which stood at 23% of adjusted Ebitda of €87.6m in 2017. Adjusted net profit reached €42.8m while strong cash flow of €188m helped to reduce the company’s debt to €30m.

In addition to the contract with Renfe for 30 high-speed trains, the company’s other notable successes in 2017 include the expansion of the Los Angeles metro car renewal project, maintenance contracts in Spain and Uzbekistan, and the company’s pre-selection for Britain’s HS2 rolling stock tender.

In 2018, Talgo expects to continue to recover its working capital in light of the projects on which it is currently working with further cuts to the company’s debt anticipated. The manufacturer expects to maintain its operating margin target of approximately 20%.