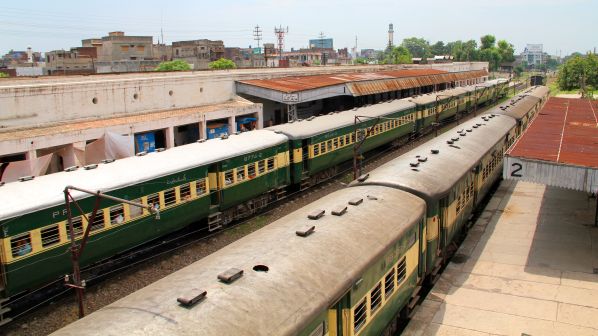 PR refurbished 24 passenger trains in 2018-19 which helped to boost income.

PR refurbished 24 passenger trains at its workshops in Lahore and Islamabad. These trains attracted around 8 million passengers and generated Rs 5bn in additional revenue. Overall, PR increased the number of rail passengers to 70 million. PR also introduced free Wi-Fi at its major stations and launched apps for the sale of tickets.

PR says it recorded a 7% increase in freight volume compared with a 4% increase in 2017-18 by introducing special container trains.

During 2018-19, PR started the installation of a state-of-the-art command and control centre at its headquarters in Lahore to improve safety and operating efficiency on the network.

PR claimed 155 hectares of land worth Rs 30 billion along 38km of the 43km Karachi Circular Railway from people encroaching on the line.

PR managed to reduce diesel fuel consumption by 3.5 million litres despite operating 24 additional passenger trains, and it planted 500,000 trees under the Clean and Green Pakistan campaign.

The hospitals, schools and colleges run by PR were offered to the private sector as either public private partnership (PPP) schemes or joint ventures.