The latest study by SCI Verkehr shows the serious effect of the Covid-19 pandemic on global rolling stock sales. 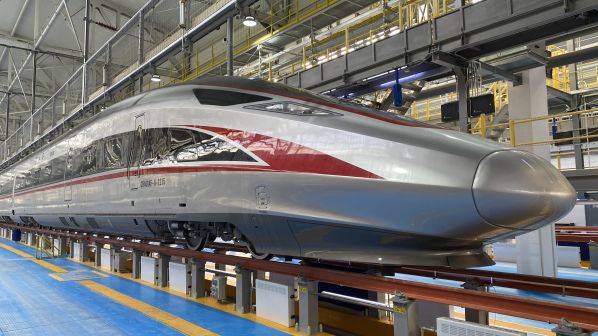 CRRC retains the top position in the ranking of global rolling stock suppliers.

“The first half of 2020 in particular saw plant closures and short-time working, as well as delays in supply chains,” SCI Verkehr says. “In some cases, manufacturers were already able to make up for production backlogs in the second half of the year. Overall, many of the manufacturers are optimistic about the future, despite the continuing effects of the pandemic.”

The top 10 manufacturers accounted for 72% of sales. As the official merger of Alstom and Bombardier Transportation did not take place until January 2021, the two companies are included in the ranking both together and as individual companies, with the merged company in second place behind China’s CRRC.

“The merger of Alstom and Bombardier Transportation would create a new European heavyweight that could compete in parts with the global market leader CRRC,” SCI Verkehr comments. “In segments such as electric multiple units and light-rail vehicles, Bombardier was already the leader before the merger and together with Alstom could now gain a significant lead over the competition. In other segments such as high-speed trains or metros, the Chinese manufacturer CRRC remains by far the world market leader.”

However, SCI Verkehr points out that the conditions placed on Alstom for approval of the merger, namely the sale of Alstom’s plant in Reichshoffen, France, and parts of the Bombardier plant in Hennigsdorf near Berlin, have not yet been met.

In addition to consolidation, SCI Verkehr says manufacturers are expanding into new markets, while localisation of production through cooperation with domestic manufacturers is taking place. In Turkey and Egypt, governments are supporting the local production of rail vehicles to strengthen the domestic economy and to reduce the dependence on global manufacturers.

SCI Verkehr says innovations in the field of digitalisation and sustainability present other opportunities for manufacturers to grow. “Large manufacturers such as Siemens Mobility or Alstom are already active in the area of digitalisation, partly through cooperation with rail transport companies or with start-ups, and are working on topics such as digital maintenance, Mobility-as-a-Service (MaaS) or digital monitoring, among others,” SCI says.