Passenger numbers in China up 18.5% year-on-year

The figures were released by the National Railway Administration at the end of April. 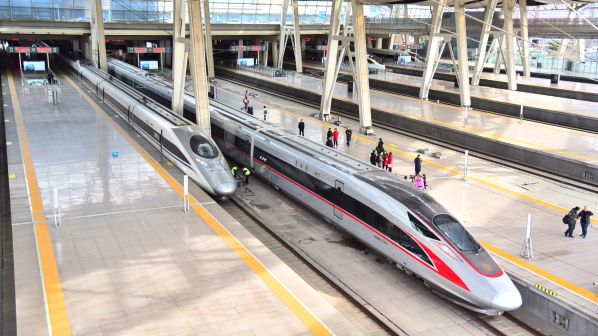 MORE than 2.61 billion passengers travelled by rail in China in 2021, up 18.5% compared with 2020, with 2.53 billion of these passengers carried by China National Railway (CR), according to figures released by the National Railway Administration at the end of April.

The number of fatalities on the network decreased by 23%, with only one major accident, 12 fewer than 2020.

China’s fixed asset investment in rail stood at Yuan 106.5bn ($US 16bn) in the first quarter, 3% higher than the same period last year. During the period, 447km of new lines went into operation, including 233km of high-speed lines, according to China Daily.