SWITZERLAND’s second-largest operator BLS carried 67.7 million passengers on its rail and bus services in 2019, 1.7 million more than in 2018, the company’s annual results show. 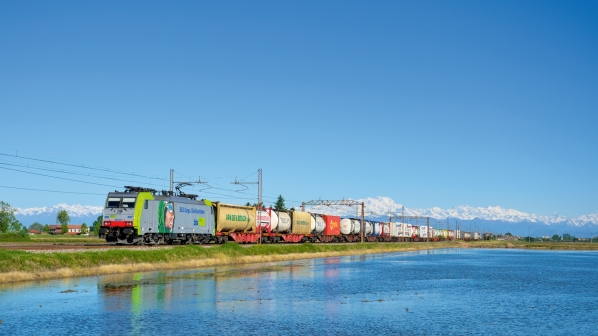 BLS Cargo says it expects volume and sales to drop by 30% in the coming months due to the coronavirus pandemic.

The figures were released as BLS Cargo predicted that freight sales and volumes could drop by around a third this year due to the coronavirus pandemic.

The 2018 result has been corrected, after BLS was ordered to repay SFr 39.7m to the Swiss federal government and cantons after it was found to have under reported revenue.

“BLS regrets that it has budgeted revenue too low in recent years and has received higher payments,” the company says. “In order to clarify the facts, BLS is working transparently with the Federal Office of Transport and the cantons, and has ordered an external investigation.”

The operator says that while it cannot yet quantify the effects of the coronavirus pandemic, it does not expect this to have a long-term effect on passenger travel.

BLS entered the long-distance market on December 15 2019 with the launch of the InterRegio service between Bern and Biel/Bienne, but says this had not operated long enough to have an impact on the 2019 results.

The service will be expanded in December, when BLS takes over the long-distance service between Bern and Olten.

In 2019, BLS launched an efficiency programme which it expects to reduce annual costs by between SFr 50m and SFr 60m.

BLS Cargo achieved good financial results in 2019, which included the acquisition of Belgian rail freight company Crossrail Benelux, but says it is facing a difficult year in 2020.

BLS Cargo says that while it is doing everything it can to protect its employees’ health and maintain services during the coronavirus crisis, it has also been hampered by the closure of the Rhine Valley line between Freiburg, Germany, and Basle, Switzerland, earlier this month due to a freight accident in Auggen which killed a BLS Cargo locomotive driver. The line reopened on April 8.

BLS Cargo says it expects volume and sales to drop by 30% in the coming months due to the coronavirus pandemic. This decline is mainly due to industries closing in Italy and the shutdown of entire sectors such as the automotive industry. However, freight traffic from China is is picking up again.

The financial damage from the crisis will be serious, BLS Cargo says, although exact figures regarding the current situation are not yet available. However, the company says it is well positioned operationally and economically and has proven in the past that it can survive in difficult times.