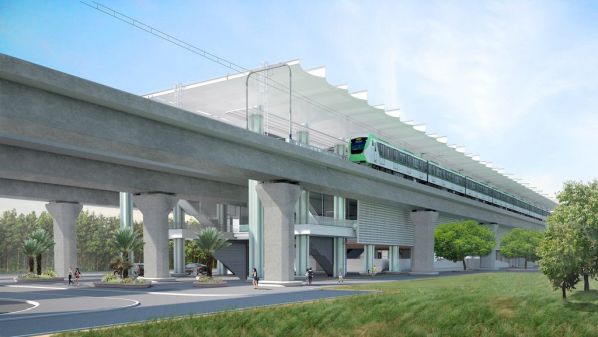 THE government of the Philippines under new president, Mr Ferdinand Marcos, has proposed a budget of Pesos 113.99bn ($US 1.99bn) for modernising the country’s railway network in 2023.

This is almost five times the 2022 budget of Pesos 23.12bn, and reflects the policy of the Marcos administration to increase investment in railway, metro and light rail projects as the most cost-effective way of moving passengers and freight.

Welcoming the “massive increase” in funding, Mr Manuel Jose Dalipe, majority leader in the House of Representatives, says that this demonstrates the commitment of the new administration to develop a “fast, efficient, and easily accessible mass transportation system,” that would reduce congestion in Manila and other cities.

He said the proposed budget for 2023 would finance major projects, and in particular help to build 1200km of new lines that could carry 4.5 million passengers a day.

“We are happy that the new administration’s thrust in solving our transportation problem is to expand and modernise our railways. This should have been the priority a long time ago,” Dalipe says. “The railway is still the easiest and fastest way to transport people.”

“We will not just solve our traffic problem but we can also decongest Metro Manila’s population. If we have a modern rail system, Filipinos will definitely choose to live outside of Metro Manila. Our long-term goal should be to continuously increase the coverage of our light rail system in Metro Manila and its nearby provinces and extend our rail connection to Luzon, Visayas and Mindanao.”.

The house majority leader also welcomed the appointment of Mr Jaime Bautista as transportation secretary and Mr Cesar Chavez as undersecretary for railways at the Department of Transportation (DoTr).

Both are experts in railways and the transport sector and have substantial experience of the major railway projects that form part of the government’s long-term development agenda, Dalipe says.

The appointments showed the resolve of Marcos to fulfil his promise to develop a world-class national railway system for the Philippines, he added.

In his first state of the nation address on July 25, Marcos pointed out that there were a dozen rail, metro and light rail projects at various stages of implementation with a combined cost of Pesos 1.9 trillion.

These included the Mindanao, Panay and Cebu railway projects, and the North-South Commuter Railway (NSCR) from Clark to Calamba.

Amongst the urban projects mentioned were the Metro Manila Subway from Valenzuela to Ninoy Aquino International Airport, the LRT-1 extension from Baclaran to Bacoor and the MRT-7 metro line from San Jose del Monte to Quezon City.