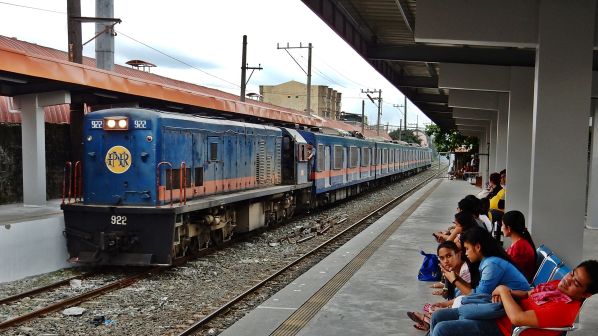 THE new government of the Philippines led by the new president, Mr Ferdinand Marcos, is planning to renegotiate agreements to finance rail projects that were concluded with China by the previous administration under Mr Rodrigo Duterte.

According to Mr Cesar Chavez, transportation undersecretary for railways, financing for these projects was “considered cancelled” when China did not provide a shortlist of possible contractors last month, having invested in preliminary studies for these projects.

“Our first step is to renegotiate with them,” Chavez says. He has asked finance secretary, Mr Benjamin Diokno, to discuss the status of project financing with the Chinese lenders, “taking into account China's willingness to lend and the Philippine government’s ability to borrow.”

Mr Sonny Dominguez, finance secretary in the previous Duterte administration, informed Chavez that he had cancelled applications to China Eximbank for loans to finance the three railway projects.

Dominguez had cancelled the applications “in light of the upcoming transition of government, and in deference to the incoming administration,” Chavez says.

The Tagum - Davao - Digos section of the Mindanao Railway failed to proceed after China was unable to submit a shortlist of contractors for the contract to design and build the new infrastructure.

Dominguez also informed Chavez that he understood that China Eximbank would be asking for an interest rate above 3%. Chavez said that an offer of a loan with an interest rate of 0.1% from Japan had prompted the new administration to ask China to lower its rate to a competitive level.

Policy discussion on the way forward for the three rail projects was initiated at a cabinet meeting on July 12, according to Chavez, and president Marcos has instructed officials to examine the option of soliciting proposals from the private sector.

Public funding is unlikely to be made available as the new administration hopes to cut the budget deficit from a record 8.6% of GDP in 2021 to 3% by 2028.

Marcos is expected to outline his plans for infrastructure development during his first state of the nation address on July 25.