THE South Central Extension/Downtown Hub light rail project in Phoenix, Arizona, has been awarded a final $US 530m tranche of funding by the Federal Transit Administration (FTA). 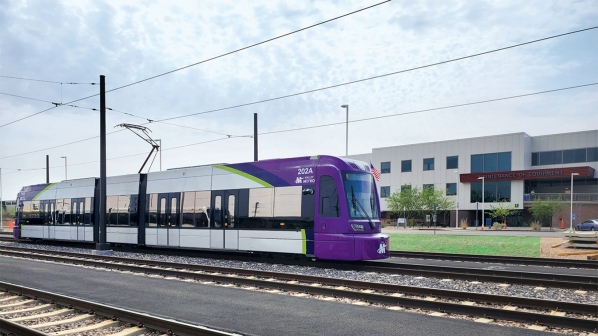 The funding constitutes around 40% of the project’s $US 1.35bn total cost. The full funding agreement is expected to be signed this month. It follows two previous tranches approved by the FTA for the 2019 and 2020 fiscal years, which were both worth $US 100m.

The Federal Highway Administration (FHA) has also announced a $US 108m grant for the project.

The 8.9km light rail line connecting downtown and southern Phoenix will run from 1st Avenue, via Central Avenue, to Baseline Road, serving eight stations. The project will also create a new central light rail hub between Washington Street and Jefferson Street, which will include a loop to connect with the planned Capitol/I-10 West Light Rail Extension project.

The line will improve transport links and stimulate economic growth in the city’s poorer southern areas.

“This is a significant investment in South Phoenix and the entire Valley,” says Mr Mark Kelly, Arizona’s senator-elect. “By connecting South Phoenix with the rest of the Valley Metro light rail, this project will give folks a reliable transportation option and increase economic opportunity.”

The news follows the award of a contract to Siemens in October 2020 for the supply of 14 S700 LRVs for the line.