PKP Intercity to increase investment to $US 6.7bn by 2030

The operator plans to double the number of services it offers by the end of the decade. 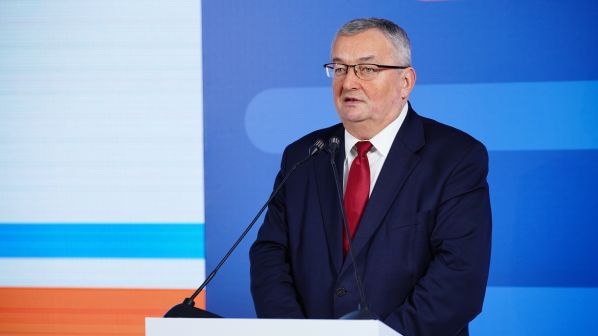 POLISH long-distance passenger operator PKP Intercity has issued an expanded development and investment strategy, which includes an increase in its investment budget for 2030 from Zlotys 19bn ($US 4.7bn) to Zlotys 27bn.

The operator says this will allow it to introduce a more reliable timetable with double the number of services, as well as increasing the number of international trains to the west, south and east. This is expected to increase passenger numbers to more than 88 million in 2030.

The planned investment includes Zlotys 24.5bn on fleet modernisation, and another Zlotys 2.6bn on creating environmentally-friendly stabling facilities. This will increase the average speed of operation from 120-160km/h to 160-250km/h, decreasing travel times. The trains will also be better adapted to the needs of passengers including those with limited mobility or those travelling with children.

“Railways in Poland have been experiencing a renaissance for several years now,” says minister of infrastructure, Mr Andrzej Adamczyk. “This development will accelerate even more thanks to the billions of zlotys which will be invested in the railways. PKP Intercity is updating its development and investment strategy for 2030, in order to become the number one long-distance carrier in Poland, eagerly chosen by passengers. This will ensure safe, comfortable, predictable and accessible journeys and high-quality, modern services.”

The investments will increase the fleet of locomotives by 11%, EMU fleet by 47%, and the coach fleet by 18%, as well as adding the hybrid multiple units and push-pull trains of which it currently has none.

“Powerful investments in modern rolling stock will allow us to offer our passengers a high, predictable standard of travel,” says PKP Intercity CEO, Mr Marek Chraniuk. “Safe and environmentally friendly rail travel will become faster and more comfortable. A coherent transport network will guarantee a stable, transparent offer. We have a precise development plan, which will make millions more Poles choose trains to travel in Poland and abroad.”