Introduction of privately operated services on 109 Indian Railways' routes in 2023-2024 now in doubt. 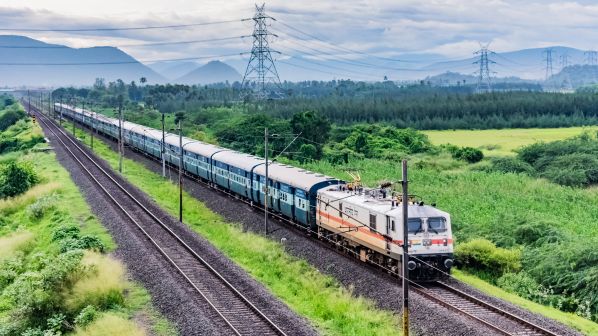 INDIAN Railways (IR) is unlikely to meet a 2023-2024 target to introduce private operation on 109 origin-destination services split between 12 clusters on the IR network following the withdrawal of some private train operators (PTOs) from the tendering process, with other bidders likely to follow.

Following requests from the operators, IR extended the opening date for financial bids from March 30 to June 30 for the programme, which is expected to generate a Rs 300bn ($US 4.1bn) in private investment. However, some PTO representatives say their companies are unlikely to participate unless the tender documents are substantially re-drafted.

The ambitious plan was announced last year, with the bidding process getting underway in July 2020. A 35-year concession is proposed in tender documents, with the concessionaire required to introduce their own rolling stock and locomotives, and pay fixed haulage charges for paths, stations, access to railway infrastructure and electricity consumed. IR will provide the guard and driver. In addition, PTOs are required to share revenue with IR on a ratio decided through a competitive bidding process.

The bid documents require the PTOs to ensure 95% punctuality, while they will also be penalised if there is more than one failure per 100,000km of travel. Trains used by the PTOs would be required to clear tests and trials by IR to validate their condition before the start of the contract.

“The document is completely one-sided,” says Mr Harsh Dhingra, a rail consultant and former head of Bombardier India. “Investments and technology will be brought in by the private players, while they will also be required to pay haulage charges and energy costs (subject to indexation on a system of yearly increases) apart from sharing revenue with the state transporter. Stringent penalty clauses have been inserted and IR will itself take a decision in such matters, as an independent regulator has not been conceived.”

After a few years, a situation may well come about when the costs of running private trains keep rising, while the revenues fall, Dhingra adds. “The proposal makes no financial sense in its current format,” he says.

One shortlisted bidder, The Gateway Rail Freight, recently withdrew from the race. “IR’s approach was rigid and unbending on several issues including financial and regulatory matters,” says Mr Sachin Bhanushali, the company’s director and CEO.

Other serious concerns relate to the IR’s precondition for the possible introduction of new trains on any of the 12 clusters and even to provide a subsidy for such trains. “This is also an unreasonable clause as capacity enhancement will be created by the private operators, while IR will enjoy the fruits of this labour,” said a PTO representative who was unwilling to be named. “If new trains are to be introduced in any cluster, the private operators should be permitted to launch them.”

A common grievance is that IR has remained unwilling to provide time for the operators to conduct an independent commercial study of the lines on offer. “Only historical data has been provided to us,” says another PTO representative. “Such data does not make much sense, particularly at this time when the IR’s passenger train operations remained suspended because of the Covid-19 situation. We would ideally want a period of about five months to complete the commercial study.”

Big infrastructure companies including GMR, L&T, Cube Highways and IRCTC have expressed interest in the proposal. However, the majority are thought to prefer just one or two profitable routes.