The operators are already cooperating on delivering the ICNG EMUs to Netherlands Railways. 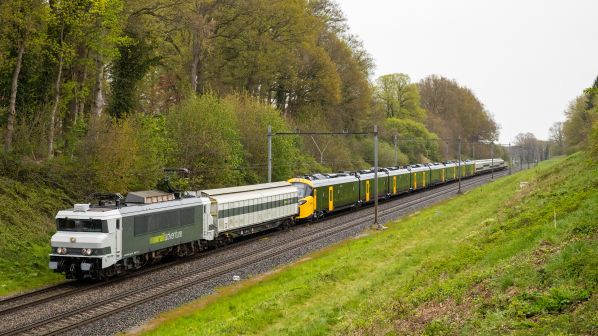 GERMAN operator RailAdventure, a company specialising in the transport of and testing services for rail vehicles, has acquired a 65% stake in Dutch operator Railexperts, its long-time partner in the Netherlands.

RailAdventure and Railexperts are currently cooperating in the delivery of ICNG high-speed EMUs to Netherlands Railways (NS), which have been manufactured by Alstom. RailAdventure is handing over the trains at the Dutch-German border station of Bad Bentheim, with Railexperts transporting the trains to the Watergraafsmeer depot in the east of Amsterdam.

Railexperts, established in 2009, focuses on niche domestic and international charter trains. This includes the “Alpen Express” ski service organised between the Netherlands and ski areas in the Austrian Alps, organised in cooperation with BahnTouristikExpress.

Before acquiring its own traction in 2016, Railexperts leased locomotives from other operators. Railexperts later became active in testing and commissioning fleets and transporting trains for NS.

RailAdventure last month announced plans to invest in British company Hanson & Hall Rail Services and purchase eight new locomotives as it looks to expand its footprint in the British market.