PARIS Transport Authority (RATP) has reported modest earnings for the first half of 2020 but warns that the financial outlook in the second half of the year remains uncertain. 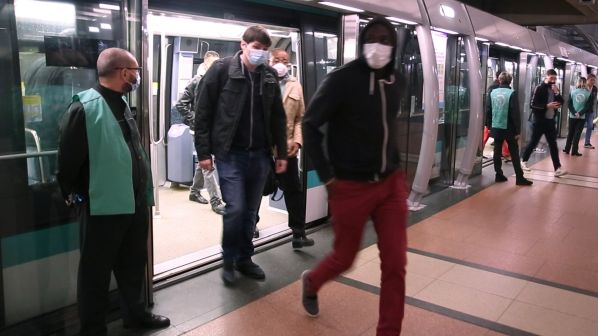 RATP reported an Ebit of €57m in the first six months of the year, declining by €190m (77%) compared with the same period in 2019. Overall group net income fell by €214m to -€88m, a fall of 170.1% year-on-year. The prime causes are the coronavirus pandemic, which the group calculates is responsible for losses of €117m, and strikes which occurred in December and January which resulted in an estimated loss of €50m.

Passenger traffic on RATP’s Ile-de-France network declined by an average of 51% in the first half of the year, including a 73% decline in the second quarter.

Consolidated revenues of €2.75bn were reported, a decline of €220m (-7.4%) year-on-year, with the impact of the pandemic and strikes causing falls of around €224m and €69m respectively. However, this was partially offset by positive sales trends at the start of the year, which increased income for RATP and its subsidiaries by €74m.

In addition, RATP has continued to invest in the Ile-de-France region, including work on the Grand Paris Express metro project. The company has reported investments of €703m during the first half of 2020 - an increase of 5.5% compared with the previous year. However, RATP say that the ongoing economic uncertainties it is experiencing could jeopardise future investment.

“RATP has, for now, tried to continue implementing its ambitious investment plans,” says Ms Catherine Guillouard, chairman and CEO of RATP. “However, a rapid clarification of our financial outlook will be necessary to continue these investments at the same pace in the coming months.

“The financial outlook for the coming months remains conditional on the outcome of ongoing discussions with the government on the management of the epidemic’s financial impact, the financing of the public transport system in Ile-de-France, and the evolution of the health crisis itself.”

Operational funding to RATP from regional transport authority Ile-de-France Mobility has been suspended temporarily since July 8. At present the group has continued to finance its regular network operations through its existing cash reserves, both to fulfil its obligations as a provider of public services and to reduce the impact of the pandemic on its current and future financial performance.

RATP Dev, a subsidiary which specialises in transport operations outside of the Greater Paris area including international markets, was strongly impacted by the coronavirus pandemic, with sale losses of -€90m. This translated to revenues of €569m for the period - a decline of €47m (-7.6%) compared with the previous year.

Despite this and the loss of the Capital MetroBus contract in Austin, Texas, RATP Dev reported high organic growth of €52m during the first half of the year due to the initiation of contracts agreed in the second half of 2019 in the French cities of Brest, Angers, St Malo and Creil, as well as its continued work preparing for the beginning of operation on the Riyadh metro, which is scheduled for the end of the year.

RATP Dev also announced a partnership with ComfortDelGro Transit and Alstom on June 18 as part of a bid to operate, maintain and service Grand Paris Express metro lines 16 and 17, which are scheduled to open in 2023.

Systra, an engineering company owned in partnership by RATP and French National Railways (SNCF), was only moderately affected by the coronavirus pandemic due to a rapid transfer to remote working. This allowed the firm to maintain a high level of activity on its main contracts, including Britain’s HS2 high speed project and Saudi Arabia’s Riyadh metro. To compensate for the harm that was incurred, Systra has attempted to secure its cash flow through guaranteed loans from the French government and the Portuguese Investment Bank (BPI).

RATP remains cautiously positive in its outlook for the remainder of the year. Since early June, full services on the Ile-de-France network have been restored following the implementation of new health and safety procedures. The group also highlights its firm cash position as a result of its proactive financial market strategy.

“Like all companies, the RATP group has gone through an unprecedented crisis in recent months which has weighed heavily on our half-year results,” Guillouard says. “But it has also been able to demonstrate its strength and ability to maintain its fundamentals in all circumstances. Thanks to the commitment of all teams, activity continued throughout the lockdown, allowing the continuity of other services that are essential to the functioning of the country.”