PARIS Transport Authority (RATP) reported revenues of €2.62bn in the first six months of 2013, a 4.1% increase on the same period in 2012, while group net results rose by 27.5% to €190m, results described by chief executive Mr Pierre Mongin as "impressive." 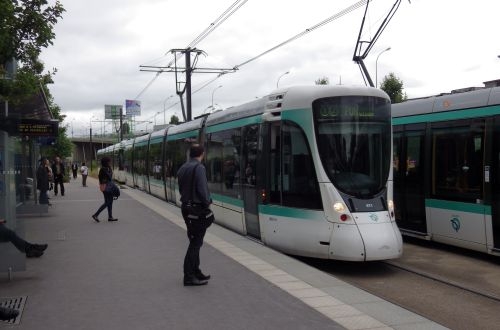 Passenger traffic rose by 0.4% during the period and gross passenger revenue by 2.7% to €1.16bn. Recurring group Ebit was €306m which was aided by good performance by subsidiaries where revenues amounted to €447m, an increase of 22.5%. Subsidiaries now account for 17% of group revenue, compared with 14% on June 30 2012.

In addition to its strong financial performance, RATP also reported record investment in the Paris network during the first six months of the year to €596m, a 5.7% increase from 2012. Of this figure, €202m was spent on new rail infrastructure, €251m on renewing or renovating rolling stock and €143m to modernise infrastructure and existing facilities. RATP has opened over 30km of new metro and light rail lines since November 2012 as it aims to make inter-suburban travel easier.

RATP says it will continue its "ambitious investment policy" in the second half of the year, which will include the opening of a unified command centre for RER Line B and the opening of the 11km light rail line T7 which will connect Villejuif and Athis-Mons and is projected to serve over 35,000 passengers. The group is also set to improve its international presence following the opening of the Shenyang light rail network in China last month where it is operating three lines, and lines in Washington, DC, and Tuscon, Arizona, in 2014.