SPANISH national operator Renfe has reported a €35.5m profit for the first half of 2018, a 16% increase compared with the same period last year when it reported a €30.2m profit. 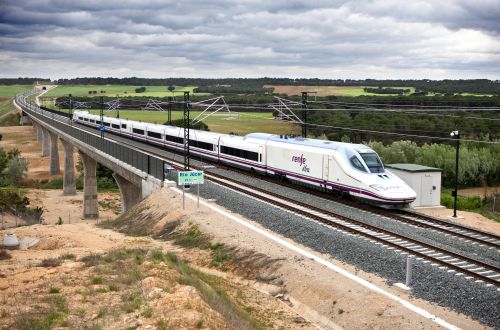 An increase in revenues has helped Renfe achieve an improved profit.

Performance has been improved by an increase in revenues, with passenger traffic generating €1.1bn and freight generating €106.2m. Combined with government subsidies to operate loss-making publicly-sustained services such as Cercanías (suburban) and Media Distancia (regional), Renfe reported final revenues of €1.79bn, 21.9% more than the same period in 2017.

Expenses remained stable at €1.72bn, with the exception of the increase in the fees that Renfe pays to infrastructure manager Adif for the use of stations and track, which nearly doubled from €321.5m in the first half of 2017 to €617.5m this first half. Ebitda was steady at €236.7m compared with €236.8m last year.