Revenue and profits up at MTR 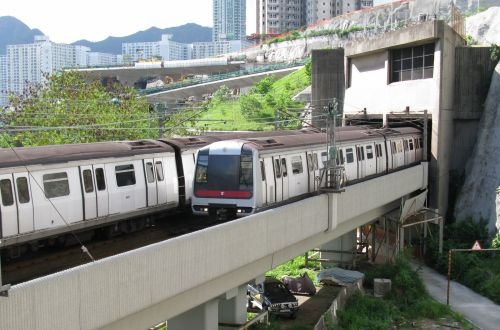 MTR says achieving its goals of maintaining high levels of service performance in operations and expanding its business both in Hong Kong and in global markets underpinned its 2014 results. MTR added 1100 weekly rail services to its Hong Kong schedule over the course of the year which helped to increase patronage by 4.5% to 1.91 billion passengers, with on-time performance maintained at 99.9%.

The company also celebrated the opening of the Island Line extension to the Western District of Hong Kong, which commenced passenger services on December 28. However, MTR says it is currently reviewing delays to the South Island Line, Kwun Tong Line, the Shatin to Central Link, and the Express Rail Link (ERL) project between Hong Kong and mainland China. An Independent Board Committee (IBC) was established to study the ERL project and MTR is now implementing the recommendations made in two IBC reports which will result in a revised estimated cost and opening date for the 26km entirely underground line.

MTR's property development profit of $HK 3.55bn, a 34.5% increase on 2013, was comprised mainly from developing The Austin and Grand Austin sites. The company says further development tenders for Tai Wai Station, Lohas Park packages 4, 5 and 6 and Tin Wing Stop, which were awarded in 2014 and early 2015 will continue this momentum.

Beyond Hong Kong, MTR carried 1.46 billion passengers on its rail subsidiary and associates in 2014, which increased from 1.36 billion in 2013, and the company expects to continue to expand its business in 2015 as new services come online. Specifically it is due to start operations of the MTR Express service between Stockholm and Gothenburg later this month and London Overground, which is operated by an MTR-Arriva joint venture, is adding extra routes and services and longer trains on existing routes from May 31.

Further growth is expected when, under a contract awarded in 2014, MTR begins operating the first stage of London's Crossrail between Liverpool Street and Shenfield in May, with full services set to begin on the 110km route in December 2019. MTR also secured the public-private partnership (PPP) operations trains and systems contract for the Sydney Northwest Rail Link during the year. In China MTR signed the concession agreement for Beijing Line 14 and opened phase two of the line on December 28. It also recently agreed the concession agreement for Line 16 in the Chinese capital.

• MTR's board of directors confirmed on March 12 the permanent appointment of Lincoln Leong as CEO on a three-year contract from March 16. Leong had held the role in an acting capacity since August 2014.