ANNOUNCING its latest financial results, Bombardier Transportation reported second-quarter growth of just 1% to $US 1.975bn compared with first-half growth of 2% to $US 3.9bn. However, order intake grew by 29% in the second quarter of 2017 to $US 2.7bn thanks mainly to significant orders in Britain and France resulting in a book-to-bill ratio of 1:4. 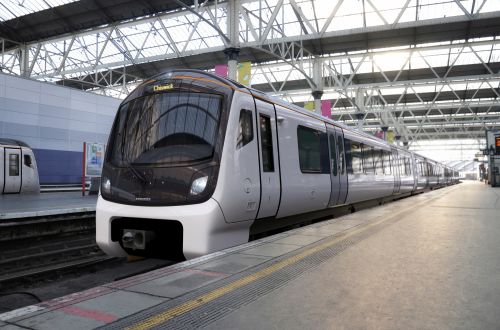 First Group and MTR recently ordered 750 Aventra EMU cars worth around £895m from Bombardier for the new South Western Franchise in Britain.

The second-quarter special items comprise severance costs of $US 181m and asset write-downs of $US 32m as part of a restructuring and cost reduction programme which Bombardier Transportation says is making significant progress. “Key milestones were reached with supervisory boards and unions in Germany, Switzerland and Belgium,” it says, which will enable the division to cut up to 2200 jobs in Germany, 650 in Switzerland and 160 in Belgium.

Nevertheless, Bombardier says it is reaffirming its revenue guidance and increasing its Ebit margin before special items guidance for the Transportation division to approximately 8.0% for the year. “Revenue growth is gaining momentum as execution of key projects progresses,” the division says.

“We continue to make solid progress executing our five-year turnaround plan,” says Bombardier’s president and CEO Mr Alain Bellemare. “We are improving our operating margins, transforming our operations and executing on our growth programmes.”