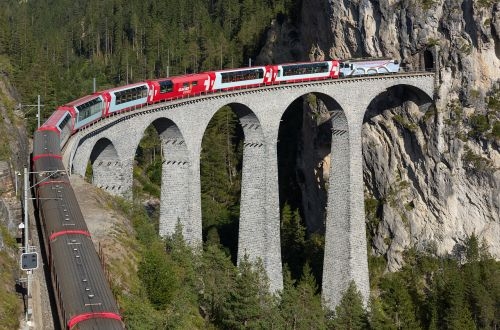 RhB says its strategy to streamline the operation of its freight division yielded positive results despite "very competitive conditions," with revenues climbing 4.2% to SFr 14.1m.

Investment in the network increased 2.4% to SFr 214m, including SFr 56m for work on the new Albula Tunnel and SFr 13m for new Stadler trains for the Chur - St Moritz Albula line, the first of which are due to enter service this autumn.

RhB says it does not anticipate any significant changes in economic conditions this year, but it expects to see a slight recovery in tourism, particularly from within Switzerland. Investment in the modernisation of stations, infrastructure and rolling stock is also set to continue.