The €237m contract will be built in five phases. 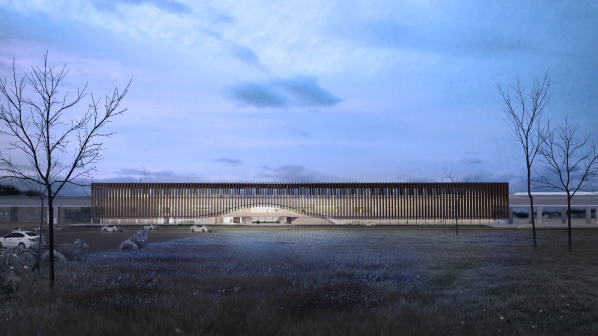 THE BSL Infra consortium of Swietelsky, Austria, and Latvian companies SIA Binders and AS LNK Industries, has been awarded a €237m contract to construct the station and associated infrastructure at Riga airport for the Rail Baltica project.

Work at the Latvian capital’s airport will commence in May, and will be carried out in five stages until December 2025. Construction of the first stage is due to be completed by April 2023.

Rail Baltica is a joint venture overseeing the construction of an 870km mixed-traffic standard-gauge railway with a design speed of 240km/h from the Estonian capital Tallinn, via Riga and Riga Airport in Latvia, and Panevezys and Kaunas in Lithuania, to the Polish border, with a branch from Kaunas to the Lithuanian capital, Vilnius.

Work will begin with the construction of a three-storey station, as well as the overpass structures and access roads.

The ground floor will provide access to the station and airport via road, public transport or bicycle, along with a green corridor between the station and airport. The second floor will feature comfortable, spacious, and bright lounges and waiting rooms for passengers, along with ticket vending machines, ticket offices, and information stands. The third level will house the platforms and station concourse. Several elevators and escalators will provide access between the floors.

Car and bicycle parking lots will be built around the station, along with electric car charging stations.

The station will be covered with a facade showcasing traditional Latvian wooden architecture.

A 10m-high overpass that will carry the line will then be constructed from the airport to Riga and Jaunmarupe, the first time such an overpass has been built in Latvia, along with an embankment and a 113m-long railway crossing over Kārlis Ulmanis Avenue.

The final stage will consist of laying the track for the line, which will carry four inter-city services a day as well as a half-hourly shuttle from the airport to the city centre, providing an eight minute journey time.

“Implementation of large infrastructure projects has significant added value,” says Latvian Minister of Transport, Mr Tālis Linkaits. “The signing of the construction contract is a positive signal to stimulate the economy, creating hundreds of new jobs over the next five years and boosting national GDP growth. Investments in infrastructure will strengthen Riga’s position as a Baltic aviation hub, ensuring accessible traffic between Riga and other regions of Latvia. In addition, residents of Lithuania and Estonia will also have easier access to the Riga Airport than currently.”

“Construction of the second most important section of Rail Baltica now will begin in Latvia,” says Mr Kaspars Vingris, chairman of European Railway Lines (EDL), the body responsible for implementing the Rail Baltica project in Latvia. “The construction of both Rail Baltica international stations and regional stations along with the associated infrastructure will be the largest constructions in the coming years, creating hundreds of jobs. As a result of the construction of this project, in five years’ time our residents will have a modern and multifunctional traffic hub, which will be connected to the new passenger terminal at the airport.

“In addition, the construction of the new infrastructure will provide an opportunity to expand cargo handling services, as it will be possible to establish a freight rail branch connection to the airport. This will strengthen Latvia’s status as an international destination and transit country.”

For detailed data on projects around the world, subscribe to IRJ Pro.