ISRAEL Railways (IR) recorded a sharp decline in operating profti from Shekels 73m ($US 20.7m) in 2016 to Shekels 15m last year, with a net profit of Shekels 13m. This was due to a pay increase for its employees, the recruitment of 297 additional staff, and increased expenses. 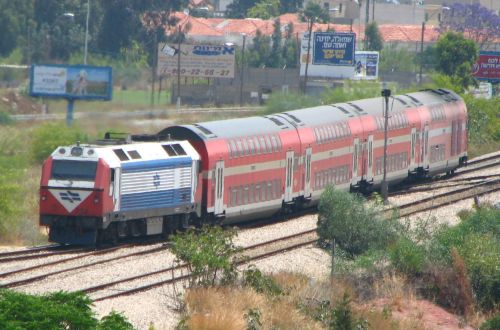 Average punctuality for 2017 was 93.62%, which is slightly lower than the 94.3% recorded in 2016 due to high demand during peak hours which has increased station dwell times, compounded by an increase in the number of temporary speed restrictions where infrastructures works have been carried out.

Freight income increased by 1.6% from Shekels 187m in 2016 to Shekels 190m last year despite a small reduction in traffic from 9.2 million tonnes to 9.1 million tonnes. IR has opened a freight terminal at Rosh Ha-Ayin, and will open one at Dimona soon, while another terminal in under construction at Kiryat-Gat.