THE Russian government will allocate Russian Railways (RZD) Roubles 6bn ($US 108.3m) from the 2015 federal budget for the 770km Moscow - Kazan high-speed project. 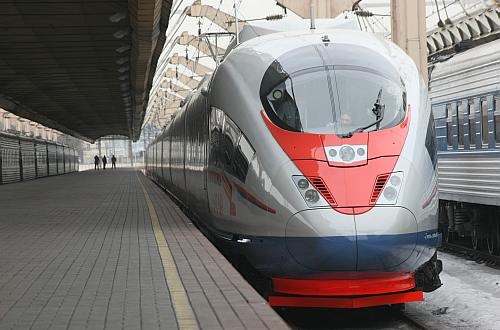 Russian prime minister Mr Dmitry Medvedev announced the funding during a meeting with the deputy prime minister, Mr Arkady Dvorkovich, on December 23. The funds are set to go towards survey work and design for the project. Bidding will take place in 2015 to identify a contractor to carry out this work, which, after project approval is secured, will be followed by the start of construction.

"Travel times between Moscow and Kazan as a result of this project will be reduced by four times," Medvedev says. "Foreign investors have shown great interest in the project, including our Chinese partners. The task is to quickly conduct engineering surveys and develop project documentation to decide on the financial model of the project."

The project is being developed under a public-private partnership model and Russia agreed a memorandum of understanding with China in October, which could see Chinese companies invest up to $US 10bn in the $US 25bn project. The agreement foresees both sides working together to develop a strategic partnership and cooperation for design, construction, maintenance, supply of equipment, investment and project financing for the project.

The proposed line will pass through seven Russian regions and have 15 stations, including in Moscow, Vladimir, Nizhny Novgorod, Cheboksary and Kazan. According to the Chinese, the line could ultimately form the first phase of a 7000km high-speed corridor linking Moscow with Kazakhstan and Beijing.