CHINA's premier Mr Li Keqiang and Russian prime minister Mr Dimitry Medvedev have overseen the signing of a memorandum of understanding between the two countries for Russia's proposed Moscow - Kazan high-speed project, which could see Chinese companies invest up to $US 10bn in the $US 25bn undertaking. 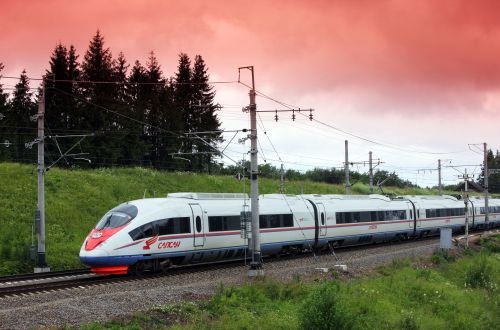 The proposed line will pass through seven Russian regions and have 15 stations, including in Moscow, Vladimir, Nizhny Novgorod, Cheboksary and Kazan. It will reduce journey times between Moscow and Kazan from 11.5 to 3.5 hours, and according to the Chinese could ultimately form the first phase of a 7000km high-speed corridor linking Moscow with Kazakhstan and Beijing. A potential connection with the standard-gauge Urumqi - Beijing high-speed line, which is due to open by the end of the year, has been mooted although this differs from 1520mm-gauge used in Russia.

Yakunin says that design for the line could begin "next year," while a representative of RZD's High Speed Lines subsidiary told Russian news agency RIA Novosti that Chinese companies could invest around $US 10bn in the project.

The document states that the Chinese side is willing to participate in the project as a public-private partnership, and in the equity financing for the project, both in equity investments and debt financing. Chinese companies would also be willing to supply relevant technologies and localise rolling stock and spare parts production in Russia.