RUSSIAN Railways (RZD) released its financial results for the first half of 2018 on August 29, with revenue, including from its 192 subsidiaries, increasing by 7.6% to Roubles 1.16 trillion ($US 16.1bn), compared with Roubles 1.08 trillion during the same period last year. 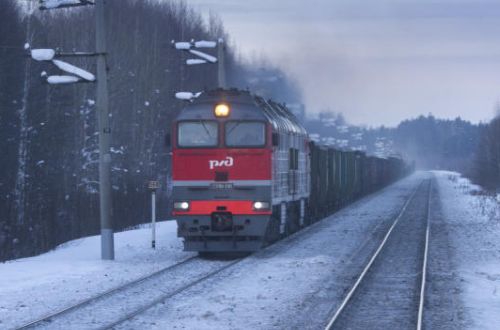 RZD has conducted tests to see if the weight of freight trains can be increased to China.

Revenues from freight transport and access to the RZD’s infrastructure rose 4.8% to Roubles 751bn, with a 4.3% increase in freight volume, while an increase in the share of low-margin cargo limited revenue growth.

A decrease in the average Roubles exchange rate to key foreign currencies enhanced the Roubles equivalent of Gefco’s revenue from international operations and helped revenues from logistics services increase 19.6% to Roubles 198bn. Revenue for the Gefco Group in euros increased 6.2% to €2.4bn.

Passenger revenue increased by 4.4% to Roubles 106bn, caused by a 5.7% increase in passenger traffic due to marketing initiatives as well as increased income from Sapsan high-speed services.

RZD’s operating expenses for the first half of 2018 rose 7.3% from Roubles 987.2bn to Roubles 1 trillion. The key drivers were traffic volume growth, an increase in the cost of repairing infrastructure and rolling stock, and a significant increase in diesel fuel prices. Salaries and social contributions increased 6.1% as a result of the indexation of wages and the withdrawal of workers from part-time employment. At the same time, labour-productivity growth was 6.5% due to the implementation of technical measures.

First-half net profit amounted to Roubles 64.8bn, compared with Roubles 53.3bn for the first half of 2017, a 21.5% increase primarily due to improved operating results.

RZD invested Roubles 281bn over the first six months of 2018, compared with Roubles 254bn for the same period last year, and continued to implement projects aimed at updating its fleet of locomotives, increasing capacity and ensuring the safety of the infrastructure.