RZD to sell half its stake in Aeroexpress

THE board of Russian Railways (RZD) has decided to sell half of its 50% holding in airport express train operator Aeroexpress which it acquired in 2008. 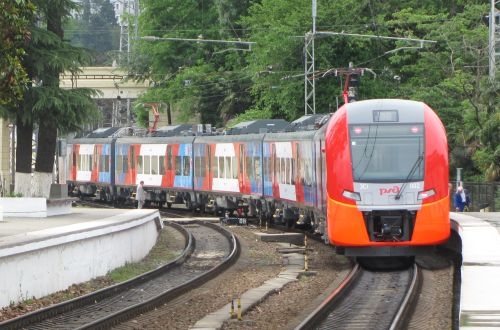 The transaction will be carried out through RZD subsidiary Delta-Trans-Invest and the price will be based on the market value calculated by an independent appraiser.

Traffic on Aeroexpress' four routes in Moscow, its Vladivostok Airport link and its recently-opened link to Kazan Airport has been rising steadily and topped 20 million passengers for the first time last year.

Aeroexpress also acts as RZD's ticketing agent for the Sochi Airport rail link which is currently serving visitors to the Winter Olympics. RZD says that more than 530,000 passengers have used the rail services in Sochi serving Olympic venues since February 6 when passengers were allowed to travel free of charge.