RUSSIAN Railways (RZD) expects to invest $US 8.68bn in infrastructure projects in 2015 as part of a $US 29.37bn three-year programme which was presented during a meeting with the Russian government on November 26. 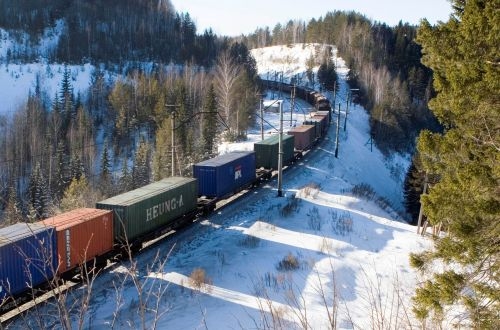 Over 50% of these funds will be allocated towards projects ordered by the president and the Russian federal government. These include continuing redevelopment of eastern sections of the Baikal-Amur Main Line and the Trans-Siberian Railway, upgrades to the Mezhdurechensk - Taishet line, improvements around Moscow, a railway bypass around Krasnodar, and the Zhuravka - Millerovo section of the new Prokhorovka - Zhuravka - Chertkovo - Bataisk line. The plan also allocates funds for refurbishment of more than 7500km of lines, 360km of catenary, and 280km of sections of automated block signalling, while 1500 new locomotives are set to be purchased.

RZD also reported its 2015 financial plan to the government during the meeting. It expects traffic to grow by 1.1% during the year to produce $US 28.5bn of revenues and an Ebitda rate of 2.6. The growth in unit costs is projected at 4.8%, which is below expected annual inflation of 6.7%.

RZD's 2015 financial plan is based on updated forecasts of Russia's socio-economic development, which is expected to result in a 10% indexation of tariffs on railfreight and a government subsidy of $US 629m.

RZD says it has done its part to reduce the impact of this phenomenon by introducing measures to reduce costs and attract debt financing, including the issuance of infrastructure bonds worth $US 1.05bn. Expenses were reduced by almost $US 2.02bn in 2013, which was followed by a forced administrative cost reduction of another $US 1.78bn in 2014.

"Further reducing costs by improving management in the company is virtually impossible," Yakunin says. "The cost reductions over the last two years were primarily due to increasing part-time jobs and reducing major repairs." Yakunin added that the government has acknowledged that further cost reductions by reducing staff was difficult.