Deal including machinery and qualified personnel will give the group a strong presence in Southern Italy. 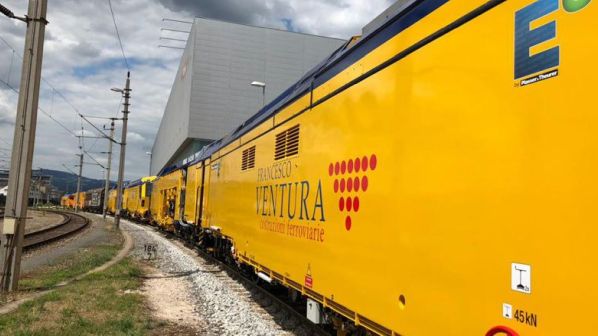 SALCEF Group has reached agreement with the Ventura family to acquire Francesco Ventura Costruzioni Ferroviarie (FVCF), a Rome-based company which has been active in the railway maintenance and construction sector for more than 50 years and which has a strong presence in Southern Italy.

Salcef says that the deal will strengthen the group’s core track work activities in Italy and widen its commercial offering towards new customers and sectors, particularly for the narrow gauge lines.

Subject to meeting the provisions of the preliminary share price agreement and fulfilling additional conditions, such as finalising the separation of assets not directly related to the track work business but which remain in the hands of the seller, closure of the deal is expected in the coming weeks.

The €70m deal includes assumption of some of FVCF’s financial liabilities and the payment of the consideration for the share purchase, which will partially take place at the closing of the deal and the rest on a deferred basis. The deal has been entirely funded from Salcef Group’s own resources.

FVCF has been operating in the track work sector since 1971, undertaking the design, construction, maintenance and renewal of railways predominantly in Southern Italy and with projects covering regular railways, high speed lines and urban transport.

FVCF also has nearly 400 employees and a fleet of more than 400 track machines, and its reported revenues in 2020 and 2021 were approximately €50m. With a backlog of outstanding contracts with a value above €200m, and thanks to synergies coming from integration into Salcef Group’s core business, the expected annual turnover is in the range of €60-70m.