The process is due to commence before the end of March. 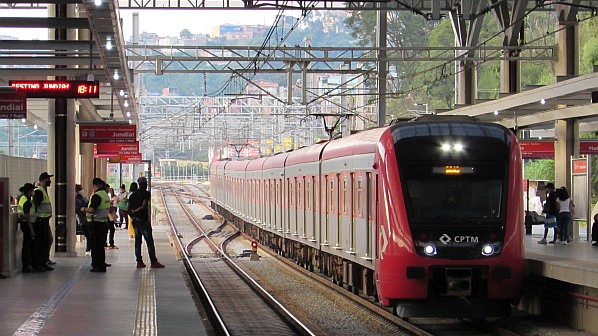 BIDDING for the concession to operate the planned Inter-City Train Express service (TIC) on the 101km São Paulo - Jundiaí - Campinas line in Brazil is due to commence by July.

Reports on local news website Tribuna De Jundai state that the planned December 2021 publication of the tender was delayed, with the document now due to be released by the end of March.

The concession on the 101km route will last for 30 years and investment is expected to initially be around Reais 8.6bn ($US 1.6bn). Up to 13 million passengers could be using the TIC service annually by 2050.

The service is part of the TIC Eixo Norte project, which will be a public-private partnership (PPP) scheme, comprising a set of public passenger services linking São Paulo and Campinas. As well as the express train, there is a planned stopping service on the 65.8km section between Francisco Morato - Jundiaí - Campinas and a Metro service on Line 7-Ruby of the São Paulo Metropolitan Trains Company (CPTM) suburban network.

Results of preliminary economic financial modelling presented during a virtual hearing in August 2021 suggest there will be four income sources: public contribution, fees paid by the granting authority for the operation of the metro and stopping service, TIC farebox and accessory revenues.