SBB passenger numbers up, but profits down

SWISS Federal Railways (SBB) saw its profits fall by 43.6% last year to SFr 238.2m ($US 269m) as operating expenses climbed 4.3% to SFr 8bn, mainly due to an increase in track access charges and additional expenditure on network maintenance. 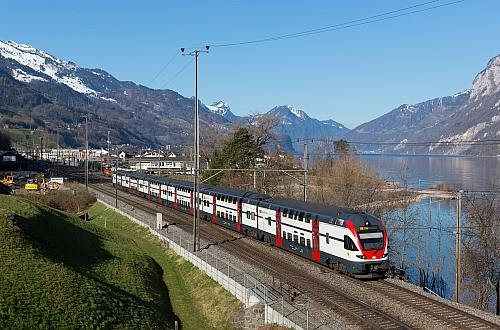 Challenges during the year included major construction works at Zürich Main Station in preparation for the new cross-city line, which is due to start operations in June this year. Accidents and the impact of maintenance work affected punctuality, and higher investments drove the debt load up by SFr 665m to SFr 7.5bn. Operating income rose by 1.8% to SFr 8.32bn

SBB Infrastructure recorded a deficit of SFr 72.3m compared with a surplus of SFr 37.1m in 2012, the year in which it carried out a network audit. This review, together with the acquisition of a new diagnostics vehicle, has revealed the need for higher levels of maintenance work than previously forecast.

On the plus side, SBB carried more than a million passengers a day for the first time with ridership up 3.7% year-on-year, mainly due to improved services in west of the country. After operating at a loss for 40 years, SBB Cargo made a profit of SFr 14.7m thanks to significant improvements in its cost structure following a reduction in the number of service points and staff, improved production systems, restructuring of the fleet and administration, and acquisition of new customers.