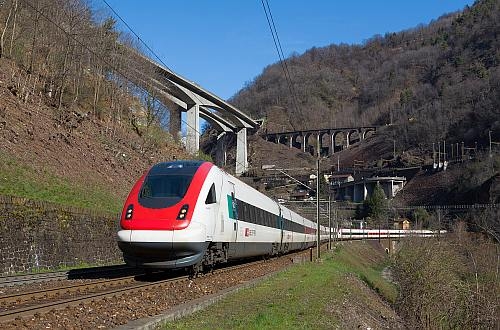 Profits in the passenger sector were down by 56% to SFr 64.9m despite improved performance; passenger-km figures were up by 1.9% to 8.7 billion km, largely due to expansion of services in the west half of the country.

SBB Cargo returned a small profit of SFr 2.6m for the first time for a number of years, thanks to latest round of restructuring measures introduced in 2011. This compares to a loss of CHF 22 million a year ago. Performance rose to just over 6 billion net tonne-km, an increase of 5%. SBB Cargo International also reported a 1.8% increase to around 14,000 trains in transit traffic across Switzerland.

The infrastructure sector closed the first half with a loss of SFr 70.7m compared with a profit of SFr 8.1m in 2012 due to work to replace track on heavily-used lines and the purchase of a new ultrasonic measuring vehicle.