BRITAIN’s National Audit Office (NAO) has published findings of an investigation into the Sheffield to Rotherham tram-train scheme, and has discovered Network Rail’s (NR) original cost has quadrupled, the cost:benefit ratio has plummeted and it will take longer to implement. 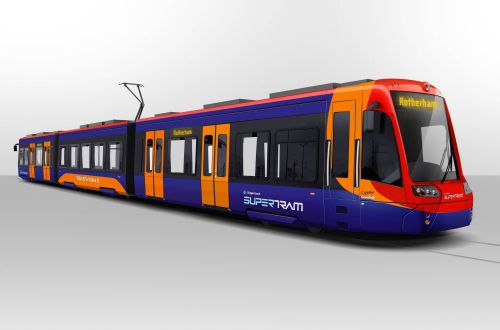 The project comprises modifying an existing NR line, the tram network and depot, and purchasing vehicles capable of operating on both networks. NR is responsible for the modification of the national rail network, but South Yorkshire Passenger Transport Executive (STPTE) is responsible for buying new vehicles and modifying the tram network. The report focuses on the modification project, which is part-funded by the Department for Transport (DfT) and managed by NR.

DfT and NR agreed that a pilot project was the best way to test whether the technology could be used on other national rail lines, and DfT accepted that the financial benefits were uncertain as the benefit-cost ratio (BCR) of 1.0 fell into DfT’s low value-for-money category. While the economic benefits were categorised to be “very uncertain” the treasury approved the project in May 2012 in order for an evaluation of the value for money of tram-train schemes to take place.

An initial budget of £15m was originally agreed between NR and DfT to modify the infrastructure, but in May 2012, NR estimated the project would cost £18.7m but expected to make efficiency savings. However, by November 2014, NR established that costs would increase to £44.9m, 199% of its budget and in December 2016 NR revealed that the works would cost a total of £75.1m, a 401% increase from the original budget.

DfT introduced new arrangements to strengthen its governance of the project in 2015 after a review identified set-up and management concerns. The report says that dealing with the condition of assets and technical innovations took more time than originally expected and increased costs. NR’s lack of understanding of the costs at the start of the project is what has led to the continuous revision of its forecasts.

In September 2016, the accounting officer’s recommendation to cancel work on the project was rejected, and NR was asked to meet the funding shortfall. The BCR was re-calculated in October 2016, and it had fallen from 1.00 to 0.31.

NR agreed to fund the remainder of the project, allocating £4.6m from its renewals budget and re-prioritising funding from its wider enhancement programme, reallocating approximately £21.9m to the tram-train project.

By June 2017, NR had installed new track, the power supply and a tram-train platform at Rotherham Parkgate. DfT has assessed whether to continue with the project twice.

“Costs and timescales have moved as the project itself has grown in scope and complexity and has had to incorporate more significant infrastructure changes than originally planned,” says Mr Rob McIntosh, NR’s London, North Eastern and East Midlands route managing director, in response to the report. “Good progress is being made and a new project team is now in place and driving the scheme to its conclusion.”