SIEMENS’ Mobility division will be transferred into a legally separate company owned by Siemens in anticipation of its merger with Alstom, as part of a Siemens’ company-wide restructuring announced on August 1. 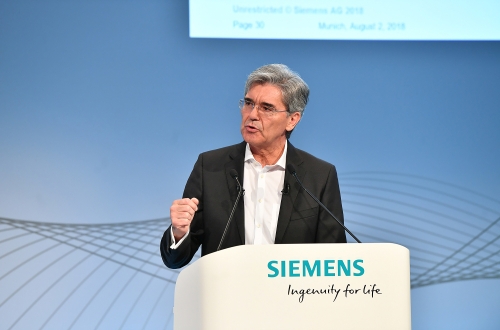 Under the changes announced by Siemens president and CEO, Mr Joe Kaeser, the company’s divisions will be eliminated with operations reoganised into three “operating companies” and three “strategic companies”.

Siemens Mobility will operate as a separate company until the merger with Alstom is finalised, which the two companies say they expect sometime in the first half of 2019. In July, more than 95% of Alstom’s shareholders approved the merger, which is now the subject of an “in-depth” investigation by the European Commission amid concerns that the combination may adversely affect competition in signalling and rolling stock markets.

The new structure will come into effect at the start of Siemens’ financial year on October 1, with implementation set to conclude by March 31 2019.