SIEMENS has entered the race to acquire Alstom by issuing an offer to rival the $US 13bn bid made by General Electric (GE) for the French company's power turbines and grid equipment last week. 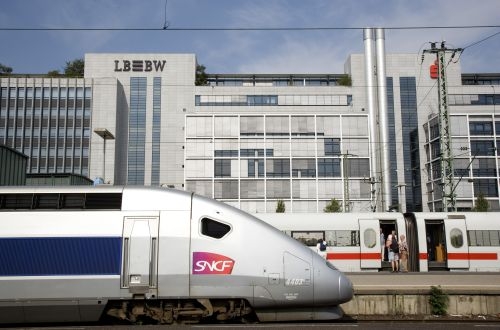 In a letter to Alstom CEO Mr Patrick Kron, Siemens signalled its "willingness to discuss future strategic opportunities" with the French group. It proposes the creation of two new European industrial champions – one in energy under Siemens leadership, and another in transport which would be owned by Alstom.

According to the Financial Times, Siemens would acquire Alstom's thermal power, renewable power, and grid divisions, and in exchange would allow Alstom to acquire its high-speed train and locomotive businesses and provide a "significant cash contribution" to Alstom shareholders. Siemens added that it would not cut jobs in France for at least three years or dispose of meaningful parts of Alstom's business. It also proposed talks on Alstom's nuclear assets, including a possible separation if this was deemed in France's best interests. The proposal means that Siemens would retain control of its commuter and urban rail division.

In response Alstom says that it "continues and deepens its strategic reflection" and will make a further announcement regarding its position "no later than Wednesday morning." It has requested that trading of its shares remains suspended.

The surprise move comes after French economy minister Mr Arnaud Montebourg said that the government would not accept a hastily made decision, and that it would seek to preserve French jobs and industrial base. He said that in particular the French government would be extremely vigilant to ensure the country's nuclear industry remains independent.

French president Mr Francois Hollande met with GE CEO Mr Jeff Immelt on Monday morning after the meeting originally scheduled for Sunday was suspended in order to examine Siemens' proposal and for Hollande to hold a meeting with ministers to discuss the Alstom situation. Hollande also met with Siemens chief executive Mr Joe Kaeser to discuss its interest, and the chairman of Bouygues, Alstom' s primary shareholder with a 29.4% stake, Mr Martin Bouygues, on Monday afternoon.

"GE and Alstom have their calendar, which is that of shareholders, but the French government has its own, which is that of economic sovereignty," Montebourg said in a statement, providing the first official confirmation of GE's offer. "GE and Siemens are two important investors in France and top-ranking players in our national industrial fabric. The government is prepared to consider their plans."

According to Reuters, sources close to the Alstom GE deal described talks as "advanced," while the offer from Siemens remains only an expression of interest at this stage. Sources stated last week, before Siemens' interest was announced, that Bouygues favours a deal with GE.