Siemens to acquire Invensys Rail for $US 2.8bn

INVENSYS has announced it is to sell its rail division to Siemens for $US 2.8bn following a strategic review which concluded that consolidation in the signalling industry would limit the scope for expanding the company's rail activities. 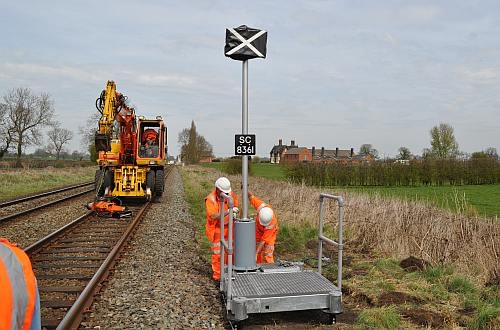 The disposal, which has been agreed on a cash free/debt free basis, is still subject to shareholder approval at Invensys' general meeting next month and subject to regulatory consent, with completion expected in the second quarter of next year.

Invensys notes that Invensys Rail has made significant progress in recent years expanding its business outside Britain, its traditional core market, to the extent that new markets including Spain, Australia and North America now account for 64% of its order book. However, Invensys says consolidation in the signalling industry meant there is only limited scope for increasing the size of the rail business.

"The key issue with consolidation is that rolling stock manufacturers would be reluctant to part with key assets in signalling, so we would only have very limited ability to become the consolidator," says Invensys chief executive Mr Wayne Edmunds. "We therefore decided to seek a partner and Siemens was an easy choice being a clear leader in the signalling market."

A strategic review concluded that the group should focus on developing its industrial software, systems, and control equipment businesses, and the disposal of the rail unit would allow the company to address its pension liabilities while generating funds for investment.