SWEDISH state-owned operator SJ has announced the introduction of a new route and timetable for its Umeå overnight services, which will shorten travel times and benefit residents of the Västerbotten and Västernorrland regions. 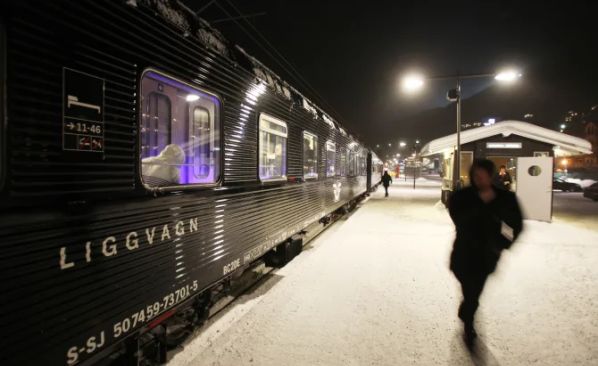 Under the new timetable which will begin on December 13, overnight trains from Umeå will depart at 19.40, reaching Gothenburg at 08.50, around 1h 35min earlier than under the current timetable. On weekends, the service will reach Gothenburg at 08.10, compared with 09.35 at present.

The Umeå - Stockholm service will depart at the same time, and will reach the capital at 05.15, with the opportunity to stay on the train.

The Umeå - Gothenburg and Umeå - Stockholm overnight services will operate as one train until reaching Sundsvall around midnight, where it will divide.

SJ says that the new route will offer towns between Umeå and Sundsvall an overnight service for the first time in years.

Although coronavirus travel restrictions were removed in June, SJ says that passenger numbers are yet to recover. The operator reports that journeys remain far below pre-pandemic levels, with footfall for the third quarter of this year around 52% lower than during the same period last year.

However, SJ also reports that punctuality during the third quarter has improved slightly compared with the same period last year. The improvement was driven by a 4% rise in punctuality for SJ's long-distance services, to 86%.

SJ says that the results are primarily due to the low number of passengers currently travelling on its network due to the coronavirus pandemic. In particular, government recommendations to work from home have led to a significant reduction in commuter and business travel on the network.

Despite this, SJ says that in the long term it expects interest in climate-sensitive travel to continue to grow, and says that it will increase the frequency of several conventional services from November, due to higher demand.

SJ also has plans to launch an international overnight service from Stockholm, via Malmö, Copenhagen and Hamburg, to Berlin from 2021.

The operator also began operation of passenger services on six lines in central and northern Norway at the end of the second quarter. The contract is SJ’s first operation outside Sweden, and covers five regional routes and long-distance trains and overnight trains on the Trondheim - Bodø Nordlandsbanen and Oslo - Trondheim Dovrebanen routes.