SWEDISH passenger operator SJ says it sold 30 million tickets for its services in 2017, a new record, and an increase of 2% over the previous year. 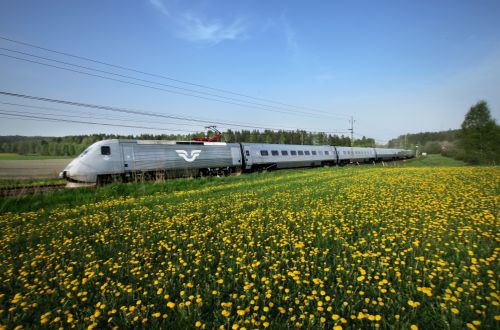 Record ticket sales helped SJ to report an operating profit of SKr 666m ($US 82.3m) during the year, although this was down compared with the SKr 837m profit reported in 2016 after SJ ceded operation of commuter services in Stockholm to MTR. Net profit also fell to SKr 523m from SKr 650m in 2016, while net sales were down from SKr 9.34bn in 2016 to SKr 7.78bn last year.

SJ says its long-term strategy is focused on attracting more passengers and lowering its cost base as well as improving customer satisfaction and punctuality. SJ CEO Mr Crister Fritzson says the company is experiencing continuing success in both its long-distance services and regional contract traffic.

“It is very positive that more and more passengers are choosing the train and SJ,” Fritzson says. “SJ meets this high demand with attractive offers and improved opportunities to plan and book trips digitally. Beginning in autumn 2018, we will start rolling out our remodelled and modernised X2000 trains while a few years later our new high-speed train will be in use.”