BELGIAN National Railways (SNCB) has agreed a €2.5m settlement with AnsaldoBreda over its cancelled contract for three V250 high-speed trains, ending legal proceedings against the Italian manufacturer over the much-maligned rolling stock for the now abandoned Fyra service. 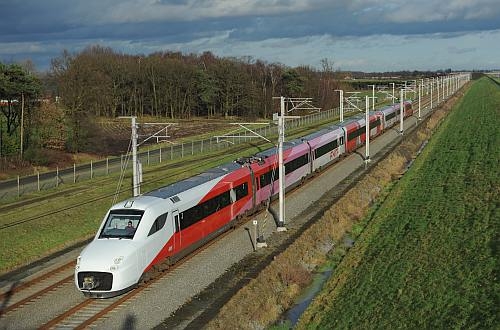 SNCB was initially claiming €27m in compensation as well as other costs in a case being heard in the Dutch court of justice in Utrecht. Following the agreement to pay compensation all other claims are now cancelled or retracted, with both parties wanting to avoid a potentially long and costly legal battle.

SNCB's settlement follows the €125m agreement reached between NS and AnsaldoBreda in March over its order for 16 V250 high speed trains. Nine of the sets were delivered only to be withdrawn from service in January 2013 following criticism over the trains' quality and performance. NS ended up shouldering an €88m loss over the purchase, and €247m in total following the collapse of Fyra, and the outcome of the settlement states that AnsaldoBreda is liable to offer further compensation to NS if it manages to sell the trains to another client.

The Dutch Parliament is now set to hold a parliamentary investigation into the high-speed service, with hearings set to take place at the end of 2014.