BELGIAN National Railways (SNCB) has announced it expects to record a loss of €290m in 2020, instead of the expected profit of €108m, with performance not expected to recover to pre-pandemic levels in the near future. 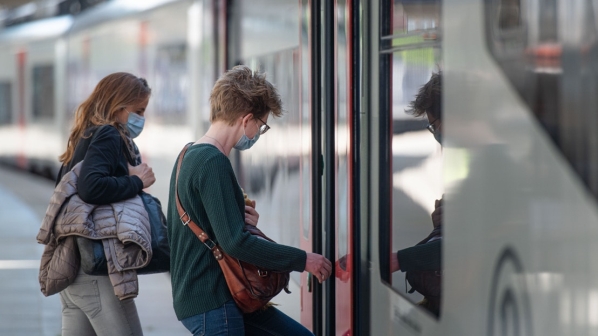 SNCB is also in negotiations with the Belgian government over the plan to supply free passes for residents to stimulate growth in domestic tourism in the wake of the Covid-19 pandemic, which is expected to cost €110m in lost revenue and other costs.

During a state of affairs in the Belgian parliamentary committee on mobility, SNCB CEO, Ms Sophie Dutordoir and CFO, Mr Olivier Henin, said that changing work patterns such as people working from home two days a week were expected to put SNCB’s finances under considerable pressure in the coming years.

SNCB carried an average of 900,000 passengers a day pre-Covid-19, but this dropped to 90,000 a day at the height of the pandemic. Ridership has since recovered to around a third of normal levels after services resumed in May.

The crisis also has also put pressure on financing capital investments. The 2020-2030 investment plan identified investments of €8.26bn. The vast majority were covered by expected investment grants with SNCB expected to contribute €1.19bn.

The operator anticipated funding €839m through operating profits, leaving a deficit of €351m. However, given the impact of Covid-19 and the lack of operating profit, SNCB is left facing the original €1.19bn deficit to implement the planned investment.

Dutordoir and Henin told the committee that SNCB had fulfilled its role as the backbone of the Belgian public transport network during the pandemic, and warrants the award of a 10-year public service obligation (PSO) concession.

The operator introduced a reduced ‘train service of national interest’ in March, which it operated until reinstating a near-normal timetable in early May. SNCB says the crisis had emphasised the importance of service continuity and safe and efficient transport.

“Examples from abroad have already indicated that the liberalisation of the network entails a certain fragility,” SNCB says. “The execution of this PSO requires not only an ambitious and shared vision of mobility, but also long-term investment and financing plans for the further development of comfortable stations, digitisation, train equipment and efficient maintenance processes.

“In recent years, supported by the growth in the number of passengers and its efforts to keep costs under control, SNCB has achieved a healthy financial result, which not only further reduced debt, but was invested to expand services to passengers.”