SNCF hails encouraging results for first half of 2022

Turnaround in performance is driven by passenger and logistics divisions. 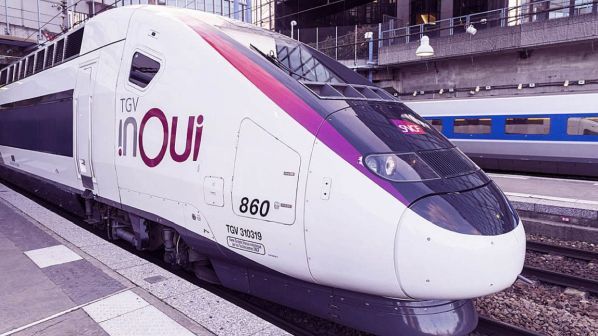 The French National Railways Passengers division has seen a sharp resurgence in customer numbers since March, with turnover up 36% compared with the first half of 2021.

SNCF says it is now well on the way to meeting its financial commitments announced under the rail reform programme agreed with the government in 2018, despite the current deterioration in economic and geopolitical conditions.

The rail company says the good results demonstrate the robustness of its reform model based on a diverse business portfolio. The SNCF Passengers division has bounced back since March with increases in high-speed leisure traffic both in France and abroad, despite a start to the year marked by the onset of the Omicron variant of Covid-19.

SNCF Passengers is developing additional initiatives to win new customers, in particular with the launch of low-cost Ouigo Classic mainline services from Paris to Lyon and Nantes in the spring.

In the international sphere, the first half of 2022 was marked by the creation of Eurostar Group, resulting from the merger of Eurostar and Thalys. Its objective is to reach 30 million passengers per year within 10 years, compared with 19 million travellers in 2019. Eurostar and Thalys reported a recovery of passenger traffic in the first half of the year. SNCF Passengers has also just celebrated the first anniversary of Ouigo Spain, which has transported 2 million passengers in its first year.

Revenue at SNCF’s logistics and supply chain division Geodis was up 34% compared with the first half of 2021, and 67% on the first half of 2019. SNCF says this good performance has been driven by its freight forwarding, distribution, express and road transport activities, although contract logistics continues to make rapid development – particularly in the United States – despite pressure on its margins linked to cost inflation.

SNCF investment remains at a sustained level of €4.3bn when all financing for the first half of 2022 is combined, and this is intended mainly for projects involving the renewal and modernisation of the railway network and stations.

SNCF says free cash flow looked positive at the end of the first half of the year thanks in particular to the implementation of ambitious performance plans. The group says corporate social and environmental responsibility  is at the heart of its strategy as a major player in France’s transition to using greener forms of energy and transport.

The group’s various activities show signs of resilience through to the end of 2022, SNCF says, despite rising inflation. During 2023 the group will pay particular attention to the impact that the deterioration in the wider economic picture has had on its accounts, it adds.

“The results for the first half of 2022 demonstrate the resilience and capacity for adaptation of the group in a period still marked by the health crisis and inflationary pressure,” says Mr Jean-Pierre Farandou, SNCF group managing director. “I would like here to acknowledge the work of all the teams who have contributed to these good results thanks to their daily commitment.

“It is important to emphasise that these results are in line with the commitment made to the state as shareholder in the context of the 2018 rail reform programme,” adds Farandou. “The government taking on €35bn of SNCF debt should be accompanied by a turnaround in the financial trajectory with a target of positive free cash flow from 2022. The objective is now on track to be achieved, despite a deteriorating economic and geopolitical situation.

“While remaining very vigilant in managing its financial trajectory, the group has taken measures to help the purchasing power of its employees, particularly for those on the lowest salaries. Faced with economic uncertainty, however, we remain cautious, especially for the year 2023, which is expected to see sharp increases in energy and labour costs.”