Limited ridership on long-distance services underpin the loss but passengers, buoyed by ticket promotions, began to return in bigger numbers in May and June. 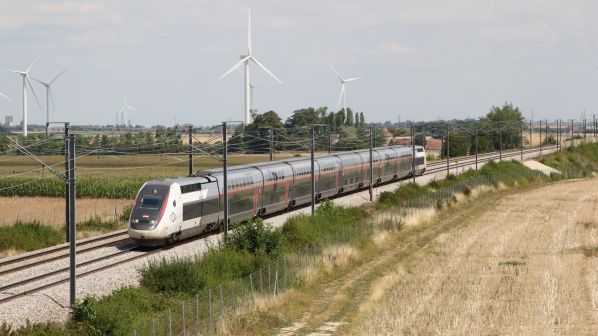 SNCF says the pandemic reduced expected revenues by €2.9bn and Ebitda by €2.6bn. Nevertheless, SNCF says it was able to cushion the impact of France’s third lockdown and restrictions on travel by adjusting its transport offering, updating its sales strategy and deploying sweeping cost-cutting measures since the start of the pandemic in March 2020.

Strong demand from logistics and rail freight helped to offset some of the loss, with Geodis reporting a 21% growth year on year revenues to €4.87bn and Ebitda of €442m. Rail freight through Rail Logistics Europe increased revenues by 13% to €800m from €710m in 2020 and contributed Ebitda of €113m.

Infrastructure manager SNCF Network also contributed €654m in Ebitda as it increased revenues by 16% year-on-year to €3.08bn but was still 7% down on the €3.3bn of revenue recorded in the first half of 2019.

However, SNCF says easing of restrictions in May led to an upsurge in demand throughout June for long-distance rail, which was aided by a major fares overhaul intended to boost overall volumes and offset a steep fall in business travel. More than 210,000 Avantage discount cards have been sold since the start of the programme. Overall, TGV ridership was up 9.4% compared with the first half of 2020 and SNCF was operating far more high-speed trains; 45% of TGVs were operated in April 2021 compared with 7% in April 2020. However, ridership was still down 50% compared with 2019. The company’s new Ouigo Spain low-cost service, which launched in May, is reporting 95% occupancy levels.

Despite the challenges, SNCF says the group has retained both its financing capacity and investor confidence thanks to the French state’s recovery plan for the rail industry and SNCF’s own strategic choices. The company says that financial commitments announced as part of France’s 2018 rail reform package have been confirmed, including free cash flow to be in the black in 2022.

The railway is pushing ahead with €11.5bn in capital investments in 2021, especially on upgrading the French railway network, with nearly 40% financed by SNCF and over 90% dedicated to rail in France. In the first half investments were worth €4.7bn and financed in part by the state under its rail industry recovery plan, including a €4.05bn capital increase for SNCF, which will keep the network revitalisation effort at its original level. SNCF’s own investments were limited to €874m in the first half.

“Our performance in the first half of 2021 confirms the relevance of SNCF Group’s strategy in time of crisis - a strategy based on diversifying our operations, adapting our products and services, adjusting our loyalty programmes, and introducing sweeping cost-cutting measures,” says SNCF president and chairman, Mr Jean-Pierre Farandou. “It is backed by the French State, our shareholder, through the national rail recovery programme, and we stand by our commitment to return free cash flow to breakeven by 2022.

“Despite the recovery that began in May, we are cautious on the full-year outlook; all our people are hard at work, monitoring developments closely, and I thank them for it. In France, our strategy is based on winning back customers by promoting a shift away from the most polluting forms of transport to more eco-friendly modes for both passengers and freight. Internationally, we stand by our targets as Keolis continues to win new contracts and Geodis expands its logistics operations.
Both of these companies are powerful growth drivers that make us more resilient.”