FRENCH National Railways (SNCF) says it is doubling down to “promote cost-cutting and efforts to boost productivity” as competition and market uncertainty cloud the prospects for growth in 2017. 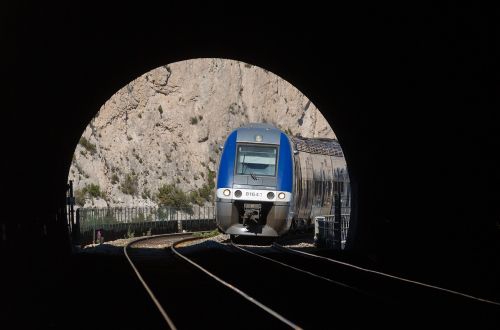 According to SNCF Group’s annual results, which were published on February 27, revenues grew by 2.8% to €32.3bn in 2016, a third of which came from international operations, with net profits of €567m. Amid sluggish economic conditions, SNCF attributes the positive results to “successful cost controls,” which generated €825m in savings.

TGV traffic rose by 1.9%, despite increasing competition from road transport and the impact of terrorist attacks. Revenue from commercial concessions at stations also increased by 8%.

Keolis continued to expand its international business in 2016 winning contracts to operate the light rail network in Manchester, part of the Rhine-Ruhr S-Bahn network in Germany, and an automated metro line in Shanghai. More than 50% of Keolis’ business is now outside France. In the domestic market more than 90% of the company’s contracts were renewed, including those in the Dijon and Lyon.

SNCF Logistics reported revenues of more than €10bn, 55% of which was generated in international markets. With the continued expansion of the Captrain unit, rail freight volumes increased by 12%.

SNCF says projections for organic growth in revenue during 2017 are moderate, partly due to uncertainty over tourism and international trade, where growth has reached its lowest level since 2009. The need for a recovery is particularly urgent in certain sectors, including French rail freight and other rail operations suffering the effects of increasingly fierce competition.

2017 is therefore considered to be “a year of strict financial management,” with a continued focus on efficiency and performance plans targeting structural costs across all areas of the business.

Nonetheless, investment is set to reach €9bn (60% financed by SNCF) this year with orders for new inter-city and Paris RER trains, station upgrades, and a focus on shared and low-cost mobility.

SNCF Group plans to recruit more than 10,000 new employees this year, more than half of them in the rail sector.