FRENCH National Railways (SNCF) reports a strong passenger traffic recovery for the first half of 2018 following the long period of strikes in 2018 over the reform of SNCF which is due to be finalised in 2020. 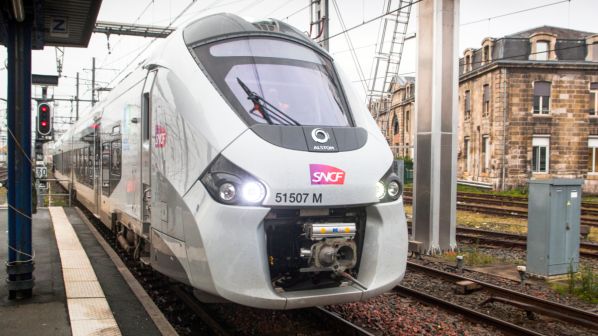 High-speed traffic in France, comprising both TGV InOui and low-fare Ouigo services, saw a 16.9% jump in the first of 2019 compared with the same period in 2018, which is an 11.1% increase over the first half of 2017. Thalys high-speed services linking Paris, Brussels, Amsterdam, Cologne and Dortmund registered a 4.6% rise in first-half traffic compared with 2018 while SNCF’s low-fare Izy Paris - Brussels high-speed service recorded a 22% traffic increase.

SNCF’s Keolis passenger subsidiary saw first-half growth of 2.6% with a 21.4% increase in turnover outside France.

SNCF Logistics achieved a 2.6% increase in sales in the first half of 2019 thanks particularly to an increase in international sales, even though SNCF says the second quarter and in particular June were disappointing in several sectors. Geodis achieved 6.9% growth in contract logistics activities, with an 8.8% increase in the United States.

SNCF’s rail and multimodal freight business posted first-half growth of 11.8%, but SNCF says this represented a fall of 1.3% if the effects of the 2018 strike are excluded. “June 2019 marked a sharp slowdown linked to the difficulties of certain European industrial sectors,” SNCF says. “In particular, multimodal transport rose by 20% (7% excluding the 2018 strike effect) driven by European traffic and the commissioning of the fifth Barcelona - Bettembourg, Luxembourg, rail motorway. Wagon leasing subsidiary Ermewa posted half-year growth of 17.8%, partly due to the acquisition of Raffles Lease, which now ranks it number one in the global tanker fleet.

SNCF says it expects to invest a total of €10bn this year, more than 50% of which it will fund itself. During the first half SNCF invested €4.3bn.