SNCF turnover and profit up slightly in 2013 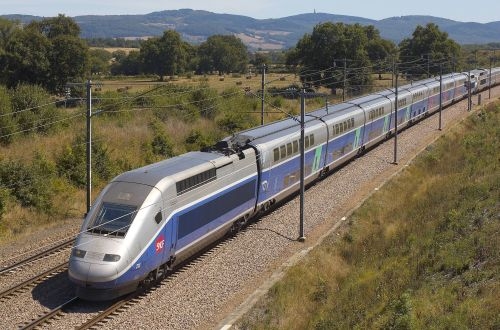 SNCF says it saw a worsening in the profitability of its high-speed business which it first observed in 2008. This is due to the economic crisis and a steep, steady and continuing increase in track access charges. Ebitda fell from €876m to €782m last year.

Three SNCF divisions recorded increases in turnover in 2013. SNCF Proximités, which is responsible for regional passenger traffic and includes Keolis, achieved a 1.1% rise to €11.96bn. SNCF's infrastructure and engineering division saw a 4.2% increase in turnover to €5.52bn, while revenue at stations and connections grew by 8.5% to €1.18bn.

"Against a backdrop of ongoing economic crisis, SNCF demonstrated excellent resilience in 2013," says SNCF's chairman and CEO Mr Guillaume Pepy. "Given limited growth in public transport delivered under agreements with local and state authorities, a slight decline in high-speed passenger service, and the recession in freight transport at the outset of the year, our unrelenting efforts to keep costs under control helped us meet the challenge and preserve our profit margin."

As far as 2014 is concerned, SNCF says: "After marking time in 2013, the economy shows signs of a moderate recovery shaping up in 2014, but the business outlook is tempered by severe constraints." Public funding is under increasing pressure, VAT on passenger tickets will be increased from 7% to 10%, corporation tax is set to increase from 36.1% to 38%, and track access fees will rise by 4.8%. "As a result, 2014 projections call for freight volumes to stagnate and passenger rail travel to rise slightly or even contract a little (-0.3%) for the SNCF Voyages division."

Nevertheless SNCF aims to increase revenue by 2% mainly through its infrastructure division and Keolis, and it plans to invest €2.3bn while cutting costs by €350m.