A Girona court this week finally granted TP Ferro, the build-operate concessionaire for the high-speed line between Figueres, Spain, and Perpignan, France, protection from creditors and placed the company under receivership. Despite the administration procedure, the company says that passenger and freight services will continue to operate as normal on the 44.3km line until at least March 2016. 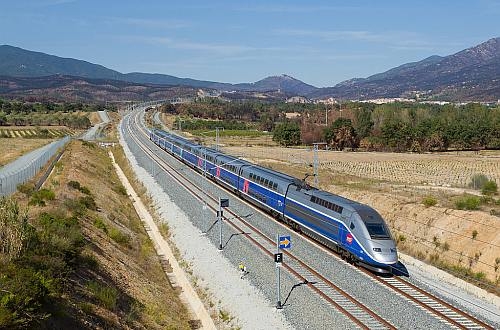 The company, which is owned by Spanish and French construction companies ACS and Eiffage, sought judicial protection in March as a consequence of its failure to reach an initial agreement on debt restructuring.

Under the current insolvency proceeding creditors will be ranked according to the priority of their credits and then a final arrangement between them and the company will be sought. TP Ferro creditors include Spanish banks Santander, BBVA and Bankia along with distressed securities funds which own around half of TP Ferro's total debt of around €500m.

In a separate attempt, TP Ferro filed two administrative appeals against Spanish and French governments in July requesting €268m in compensation for additional costs incurred during the construction of the line and for failing to construct the "necessary infrastructure to effectively develop a high-speed rail network connecting France and Spain." TP Ferro made an additional €36m claim to an international arbitration court in 2013.

Both the French and Spanish governments have repeatedly rejected claims totalling €304m, but they are expected to negotiate with TP Ferro and its creditors in the coming months in order to reach a durable agreement and to continue rail operations.

With less than 10 passenger services per day, or 25% of forecasted levels, and around 30 freight trains per week, compared with around 100 which were expected at this point, TP Ferro has failed to meet its traffic projections. As a result income has stagnated at around €9m per year.