SPAIN's Ministry of Public Works and Transport's 2013 draft budget published last week includes a 15.6% cut in infrastructure investment for all transport modes in line with the Spain's deficit target for 2012. 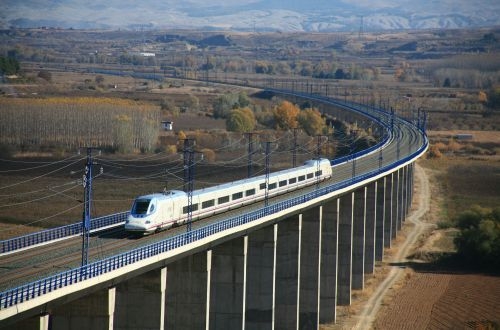 If parliament votes to approve the bill, rail infrastructure investment alone will fall by 26% from €5.11bn this year to €3.78bn in 2013, but will still retain its position as the department's top priority with a 50% quota over the total budget. Almost seven Euros out of every 10 allocated towards rail investment programmes will be used to push ahead with the country's extensive high-speed network construction programme to connect all 15 mainland regions.

However, Spain's government will reduce the amount allocated to cover Renfe's regional and suburban services operating deficit by 43% to €480m during the next year.

According to Renfe's own budget, the state-run company will close 2012 with a loss of just €17m, but this will increase tenfold in 2013 to €172m, mainly as a result of the consolidation with loss-making, narrow-gauge operator Feve. Despite its network of only 1250km, Feve will close its final fiscal year with a loss of €172m and €38m in revenues.