Full-year order intake achieved by the end of June. 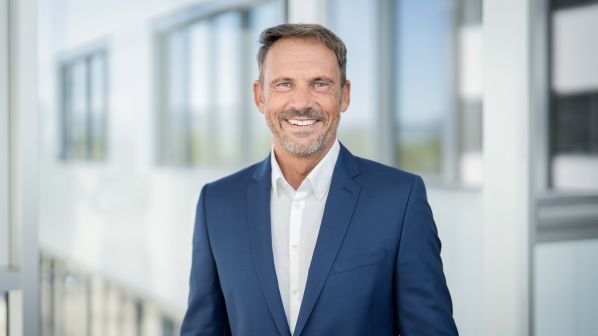 STADLER’s board of directors has appointed Mr Markus Bernsteiner as the new group CEO, with effect from January 1 2023, with owner and current CEO, Mr Peter Spuhler, to focus on his role as executive chairman.

Spuhler, who purchased Stadler in 1989, took up the role of CEO once again in May 2020 following the departure of Dr Thomas Ahlburg, who left to pursue a career as an independent entrepreneur.

Bernsteiner is currently deputy group CEO of Stadler, executive vice president of the Swiss Division and CEO of the plants in Bussnang and St Margrethen. The 55-year-old has worked for Stadler since 1999. He was initially responsible for managing the plant in Bussnang, then the plants in Altenrhein and St Margrethen, and from 2018 onwards, was also in charge of the plant in Berlin, Germany, on an interim basis.

In 2014, he was responsible for establishing the Components Division, in which all internal supplier plants were integrated under the same management. Prior to his career at Stadler, Bernsteiner worked for Bühler and Benninger.

“In Bernsteiner, I have succeeded in appointing an extremely capable, long-standing companion with an experienced entrepreneurial character to the position of group CEO,” Spuhler says. “He has many years of extensive professional experience in rail vehicle manufacturing and in recent years has also successfully initiated the transformation process to further optimise our operational performance.”

Spuhler will return to the board to concentrate on leading strategy, mergers and acquisitions, Stadler’s shares in joint ventures, the monitoring and approval of bids, strategic product development and enhancing customer care.

The appointment of Bernsteiner as Stadler’s new CEO was announced as Stadler released its financial results for the first half of 2022, with the order intake increasing by 91% to SFr 6bn ($US 6.13bn), achieving the company’s expected full-year intake by the end of June.

Due to the high order intake in the first half of the year and ongoing strong demand, Stadler has revised its expected order intake for the full 2022 financial year to SFr 7bn. Assuming no further deterioration in current economic conditions, which include negative exchange rate effects and rising prices for salaries and materials, as well as geopolitical tensions, Stadler continues to forecast revenue of between SFr 3.7bn and SFr 4bn, investment of SFr 200m and a positive free cash flow for the 2022 financial year.

If challenging conditions continue into the second half of the year, Stadler expects a slightly lower Ebit margin in relation to the 2021 figure of 6.2%, despite constant operational improvements and due in particular to significant negative exchange rate effects. The Ebit margin should nonetheless reach 5% at least.

In the medium term, Spuhler remains convinced that an Ebit margin of 8-9% can be achieved under stable economic conditions. “Thanks to our strategic focus, our innovative, customer-oriented product portfolio and our excellent order processing, Stadler remains clearly committed to this goal,” Spuhler says.

However, given the current combination of inflation, supply chain issues, exchange rate distortion and geopolitical tension, Stadler considers an Ebit margin of 7-8% to be realistic by the 2025 financial year.